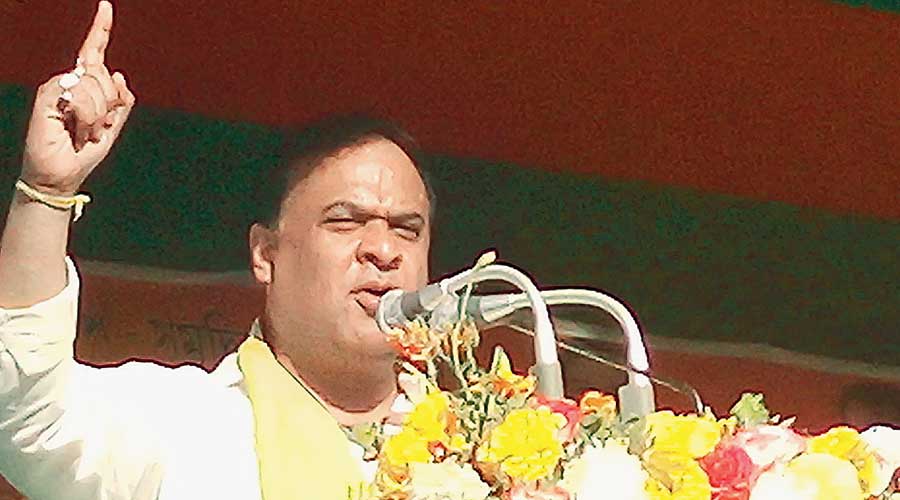 Assam Chief Minister Himanta Biswa Sarma on Wednesday asserted that the people of the state consider themselves to be an integral part of the national mainstream and there is no support for any separatist movement.

Addressing the one-day Special Session of the Assam Assembly to mark the Azadi Ka Amrit Mahotsav (AKAM), Sarma said that people took part overwhelmingly in the 'Har Ghar Tiranga' campaign from August 13 to 15 despite boycott calls by rebel groups.

He said that militant groups like the ULFA(I) had called for a "total shutdown" on August 15 and urged the people to "boycott" the Independence Day celebrations in the state.

The chief minister said that the common people of Assam defied the militant groups, and enthusiastically and spontaneously took part in the Independence Day events, displaying nationalist feelings and patriotism.

"They gave out a message that we are all Indians and there is no support for separatist ideas. It also shows that our relationship with India is integral and will always be like this," Sarma said.

He further stated that an appeal was issued by him to all the rebel groups to sort out the differences within the ambit of India's sovereignty.

Sarma said that various events and activities were organised across the country, including in Assam, during the last one year as part of the AKAM to commemorate the 75th anniversary of the country's independence.

"The masses spontaneously turned it into a people's movement. The self-help groups made the flags, which were sold through the fair price shops. The people hoisted flags in their homes, shops and vehicles. Many emotional scenes were witnessed," Sarma said.

The chief minister spoke at length about the history of British rule in Assam and the freedom movement in the state.

He announced that 1,000 youths of Assam will be sent on a trip to the historic Cellular Jail in the Andaman and Nicobar Islands to experience the landmark place.

"Many freedom fighters from Assam and the Northeast were jailed there by the British, and many sacrificed their lives in that jail. We will send the youths so that they can learn about the life of the freedom fighters and the sacrifices made by them," Sarma said.

He asserted that Assam was witness to many historic events of the freedom struggle, but rued the fact that people in other parts of India are not much aware of the heroic role played by the freedom fighters and resistance heroes of the state against the British rule.

"While people across India and the world know about the Jallianwala Bagh Massacre, there is a lot of ignorance about events like the Patharughat Peasants Uprising of Assam. We will have to work towards changing that," Sarma said.

He informed the House that he has written to chief ministers of all other states urging them to include a chapter on Lachit Borphukan in their respective school and college syllabi.

Sarma also announced that 150 bigha (nearly 50 acres) of land out of the total 350 bigha (nearly 116 acres) of Jorhat Jail will be used to set up an 'Amrit Udyan' in the memory of freedom fighters and martyrs of Assam.