From Japanese green tea to teas grown and manufactured in the country's largest organic garden, Amy Dubin was bowled over by the brew's huge range in Assam. 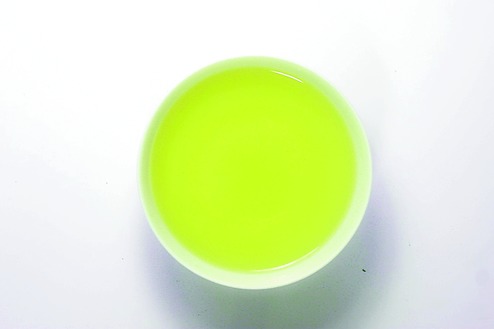 Guwahati: From Japanese green tea to teas grown and manufactured in the country's largest organic garden, Amy Dubin was bowled over by the brew's huge range in Assam.

Amy, a US tea professional for 15 years, said she was amazed to see the diverse character and quality of Assam tea.

Amy has a tea room, Janam Tea, at Garfunkel's in Lower East Side of New York City. It the one of the few tea rooms in the US focusing on single-estate teas from India. She had attended the World Tea Expo in Las Vegas this month, in which two gardens from Assam had also participated.

"Chota Tingrai Estate from Tinsukia district showed some lovely teas, notably a green tea made in Japanese sencha style using a machine brought in from Japan. It had a bright, lively colour and was quite flavoursome. The other one was Jalinga Estate, India's largest organic garden in Cachar which produces white, green, oolong and black (both orthodox and CTC). The overall quality of Assam tea shown was decent to very, very good. But there are fantastic teas from India and those were under represented among the few gardens that attended," she told The Telegraph.

"I would buy Chota Tingrai for my tea room, which focuses on top flavoury teas, but I would carry Jalinga for packaging in other brands that I have. There is a market for every tea. It is hard to say a single characteristic I like about Assam teas since we saw such a range. I guess I like seeing greater range of styles in specialty and handmade teas. Assam alone produces so many completely different teas," she said.

Amy said she had attended the World Tea Expo to build new industry relationships and get a snapshot of how Indian tea is being represented in the US market. "Janam Tea is one of the few companies based in the US (and owned by an American) to specialise in Indian tea," she said.

She said it was not much of a surprise to see Chinese teas strongly represented and a concerted effort from Sri Lanka, Kenya and Japan at the expo. "We saw single-origin tea from Colombia, Indonesia and Malawi, along with many other smaller regions. India's representation in general, from an estate perspective, was relatively small and from Assam even smaller," she added.

"I choose to buy from people I like and did get to know some new faces. In my tea room, the choice is only of five teas at a time, which represent the whole of India. My Assam garden is currently Kingly Estate in Mangaldoi, sourced via TeaOrb, a platform for registered users to buy directly from farmers," she said.

Avantika Jalan, a director of Chota Tingrai, said, "We have been manufacturing sencha-style green tea from our Assam leaves and it is a true inter-cultural experience right from the manufacturing process to the ultimate taste."