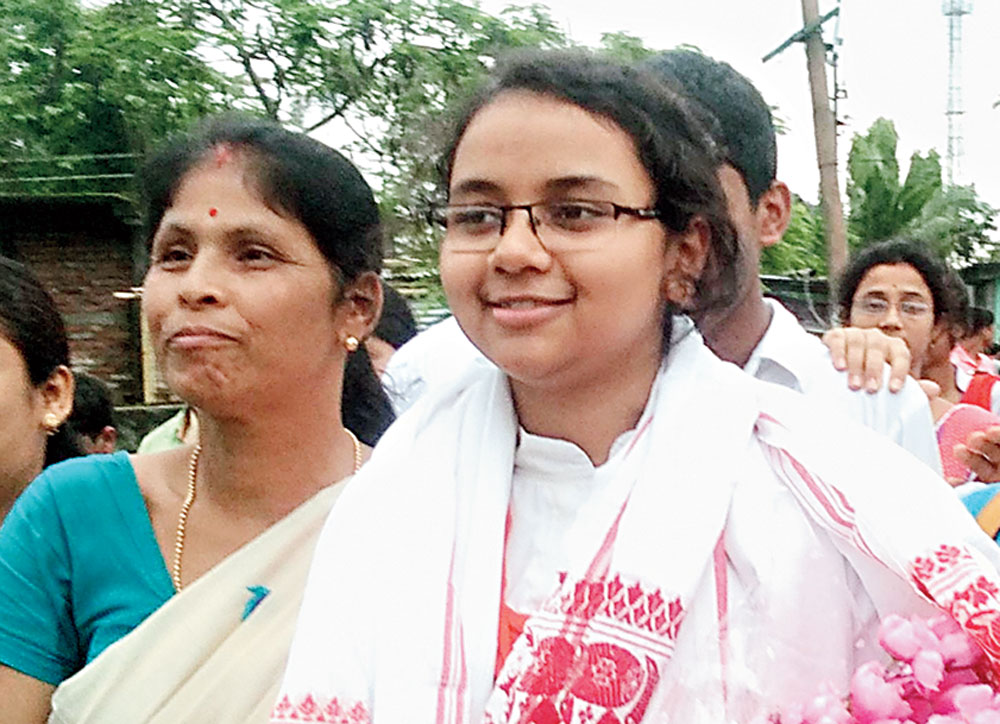 Shishu Shiksha Samiti, Assam, which runs 551 private low-cost schools in the Brahmaputra Valley of the state, will give special emphasis on making their students fluent in English.

The Samiti, since setting up of its first school in 1979, had been stressing on educating students in mother tongues.

Of its 551 schools, 544 are in Assamese medium, three in Bodo, three in English and one in Rabha medium. The Samiti is affiliated to Vidya Bharati and runs schools in the name of Vaishnavite saint Srimanta Xankaradeb.

The Samiti’s organising secretary, Hemanta Dhing Mazumdar, said they would introduce spoken English from classes I to X from this academic session.

“The decision was taken as our internal survey reflected the parents’ yearning to see their children fluent in English to adapt to the changing world,” said Mazumdar.

Four students from the Samiti-run schools were among the top 10 rank holders in the class X state board examinations whose results were announced on May 15.

Altogether 7,614 students from 263 Samiti-run schools appeared for the class X state board examination this year.

Of them, 4,210 passed in first division, 2,227 in second division and 725 in third division. The pass percentage of the Sankardev Shishu/Vidya Niketans was 94.07 as against the overall pass percentage of 60.23. All students from its 132 schools passed the exam.

The maximum expenditure against a class X student in a Samiti-run school is Rs 12,000 in Guwahati.

“The amount is lower in rural areas,” said Mazumdar.

An RTI reply has recently revealed that against a student from classes V to XII, the Assam government spends upto Rs 83,000 per year in a government school.

Mazumdar said the Samiti is also working to set up a BEd college at Chandrapur in Kamrup (metro) by 2020.

“Besides, responding to a growing demand to open higher secondary classes, we are going to launch the arts stream at Rameswar Sarma Phukan Shankardev Vidya Niketan, Chiring Chapori, Dibrugarh this year,” he said.

When Himanta Biswa Sarma was the state education minister, he had announced government financial support to the Samiti-run schools to encourage them.

Mazumdar said in 2018, 270 schools received Rs 10 lakh each from the state government to develop their infrastructure.

The Samiti also runs 270 single-teacher schools in remote areas in Kokrajhar and an equal number in Karbi Anglong districts.