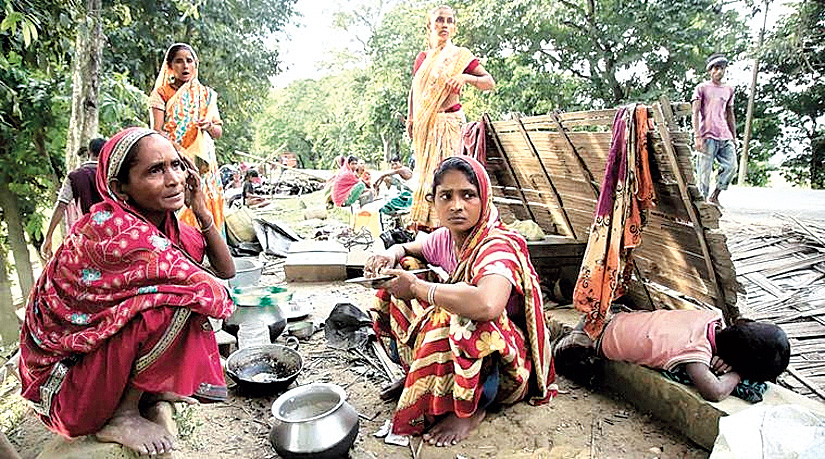 Villagers living on the fringe areas of forests in Assam are in a state of panic following the Supreme Court (SC) order to evict forest dwellers whose claims over traditional forestlands have been rejected under law.

A three-judge bench, comrising Justice Arun Mishra, Justice Navin Sinha and Justice Indira Banerjee, ordered forced eviction of an estimated 10 lakh Scheduled Tribes and other traditional forest-dwelling families from forestlands in the country after the Centre failed to defend their rights under the Scheduled Tribes and Other Traditional Forest Dwellers (Recognition of Forest Rights) Act, 2006.

The affidavit filed by Assam said 22,398 claims out of 74,364 filed by the ST people, were rejected while 5,136 claims of the 19,966 claims made by other traditional forest dwellers (OTFD) were rejected. Altogether 10,128 hectares of land were claimed by ST people and 561.4 hectares by OTFD.

The Kaziranga National Park (KNP) has been extended with six additions since 1984, a year after it was declared a world heritage site.

In Kohora, 745 households are residing while the number is 129 in Paanbari and 127 in Sildubi.

The court’s orders came on February 13 in a case filed by Wildlife First and other wildlife groups, questioning the validity of the act. The written order was released on Wednesday.

The court asked the state governments to “ensure that where the rejection orders have been passed, eviction will be carried out on or before the next date of hearing”.

The next date of hearing is set for July 27 – the effective date by when 19 states will have to evict tribals to comply with the court orders.

“In case the eviction is not carried out, as aforesaid, the matter will be viewed seriously by this court,” the order said.

The act, which was passed during the Congress-led United Progressive Alliance’s first tenure in 2006, requires the government to hand back traditional forestlands to indigenous and other forest-dwellers against the laid down criteria.