The final NRC, declared on August 31 last year, had excluded over 19 lakh applicants 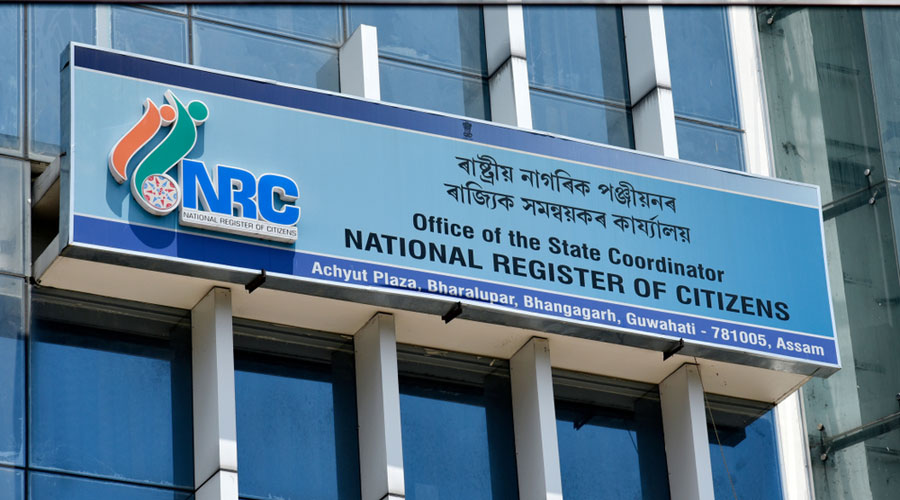 The NRC authority in Assam has set the ball rolling for deleting the names of “ineligible persons” who have made it to the updated but yet to be notified National Register of Citizens, a move which has evoked mixed response.

In a missive to the 33 deputy commissioners and District Registrar of Citizen Registration (DRCR) on October 13, NRC state coordinator Hitesh Dev Sarma has urged them to submit the list of “ineligible persons” with reasons for deleting their names from the updated NRC which is yet to be notified by the Registrar General of India.

These “ineligible” persons include the declared foreigners (DF), the doubtful voters (DV) and the persons whose cases are pending before foreigners tribunals (PFT) and their descendants.

NRC is a register of Indian citizens, which is being updated in Assam on the basis of the 1951 NRC with the cut-off date of March 24, 1971, to weed out foreigners illegally staying in the state.

The development assumes significance because there was hardly any movement since the final NRC was declared on August 31 last year, which had excluded over 19 lakh applicants.

The BJP-led state government and leading organisations had expressed reservations about the list as it “included” illegal migrants and “excluded” genuine Indians and also the number of excluded was less than the figures quoted by the government in the past. The draft NRC had excluded over 40 lakh applicants.

“A software application for submission of the reviewed results of such persons along with mechanism for uploading of the scanned speaking order (freshly written) will be rolled out shortly,” the order said.

NRC sources said no deadline has been set but they expect the process to be completed within a month. The move has been necessitated because ineligible persons are a “threat” to national security.

The sources also did not reveal the estimated numbers on whom the axe will fall but NGO Assam Public Works, the original petitioner in the case which led to the NRC update being monitored by the Supreme Court, said the “number would be around 80 lakh”, a figure they have quoted in an affidavit filed last year for 100 per cent re-verification of the updated NRC.

The state NRC office has written to the deputy commissioners and the DRCR “regarding reports received for change in result of persons of final NRC” thrice this year — in January, February and March, when the lockdown to check the spread of coronavirus was imposed.

The NRC communiqué said the Local Registrar of Citizen Registration (LRCR) “may at any time before the final publication of the NRC in the State of Assam may cause or direct to cause verification of names of such persons considered necessary” of the Schedule of the Citizenship (Registration of Citizens & Issue of National Identity Cards) Rules, 2003.

The verification would mandatorily require the correct identity of the person so that no ambiguity arises in future in identification of the person concerned, according to the order of the NRC coordinator. It has been marked to the chief secretary and the RGI.

However, the order has evoked mixed reactions.

Senior Supreme Court advocate and anti-influx activist Upamanyu Hazarika told The Telegraph that the timing of this order was surprising.

“It’s been over two years since the publication of the draft NRC but it took them so long to discover these cases. Discrepancies and inclusion of a large number of foreigners in the NRC has been a primary public concern in Assam and is viewed as a failure of the present government as their leadership has been more concerned with exclusion of Hindu Bangladeshis rather than inclusion of Muslim infiltrators,” he said.

With the Assembly elections coming up, they want to assuage indigenous sentiments as it’s this vote which put them in power, Hazarika said.

Assam goes to polls in April-May next year.

APW’s Aabhijeet Sharma, however, welcomed the order. “The final NRC needs to be free of illegal foreigners. We have urged the Supreme Court for 100 per cent re-verification,” he said.

The population of Assam is around 3.2 crore.

The state government had told the Assembly in August this year that it remained “strongly in favour” of re-verification of 20 per cent names included in the updated NRC from districts bordering Bangladesh and 10 per cent in the remaining districts.

Those applicants excluded from the updated NRC are yet to be assigned the reasons for their exclusion so that they can challenge their cases in the foreigners tribunals.