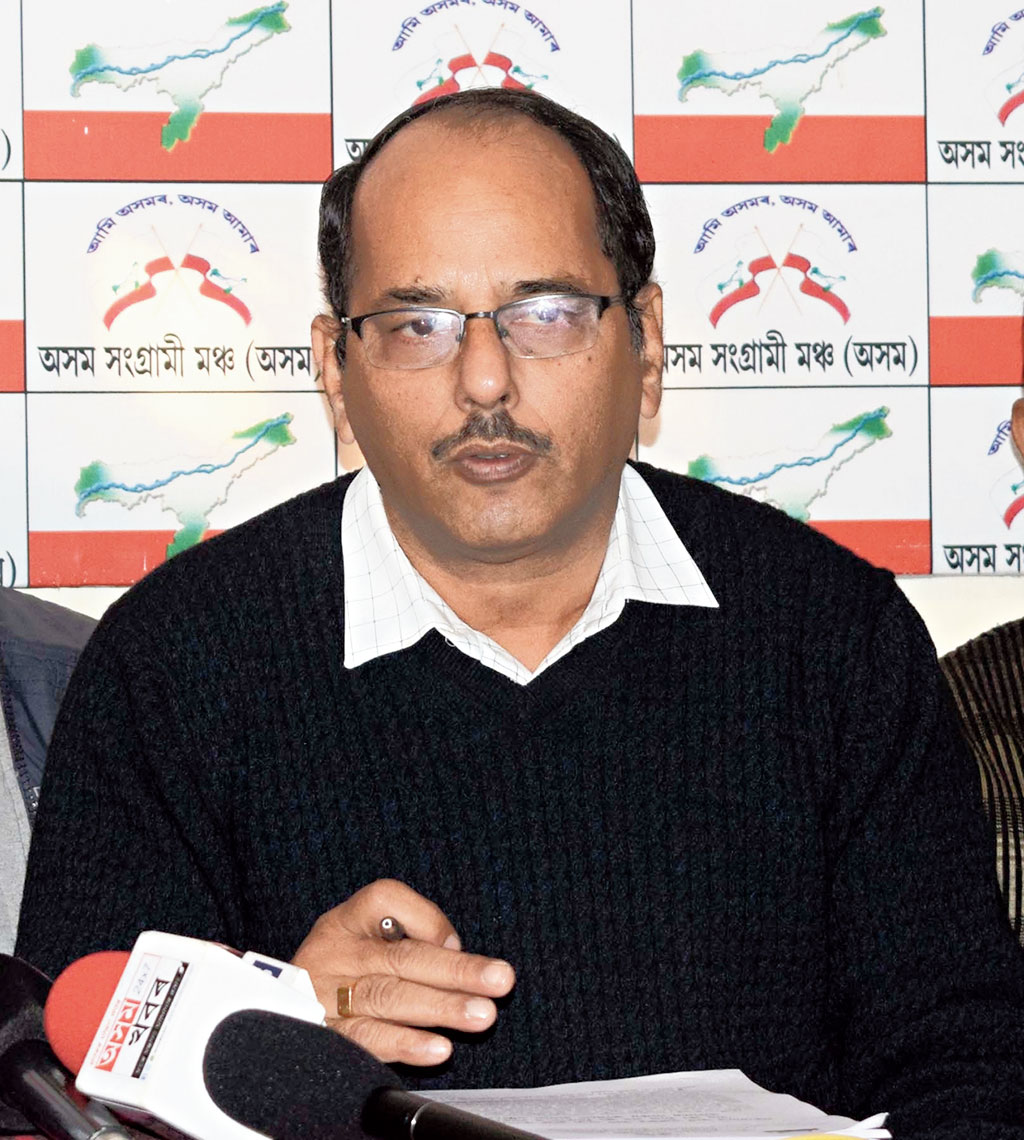 The Asom Songrami Mancha, a new regional political party, has filed three petitions in the United Nations against the “contentious“ Citizenship Amendment Act (CAA), 2019, and termed it a “xenophobic” Act.

The Mancha’s working president Adip Kumar Phukan said at a news conference here on Thursday CAA was not only “discriminatory” and against the “spirit of our Constitution” but also posed a threat to the identity and existence of the indigenous people of Northeast in general and Assam in particular.

Phukan said in spite of widespread spontaneous democratic protests by common people, various organisations and citizens forums, the Centre was adamant to go ahead with CAA. “We believe, India does not need a controversial xenophobic Act like the CAA; rather it needs a comprehensive ‘refugee policy’ with strict compliance to the Universal Declaration of Human Rights. As the CAA deals with the matter related to ‘refugees’ from other countries due to persecution, this is not an internal matter of India and, therefore, needs to be considered its compliance and validity under the obligation of the Charter of the United Nations and various International Human Rights instruments,” Phukan said. (See Page 11)

“The combined impact of the National Register of Citizens (NRC) and the CAA will throw a protective shield over the disenfranchised non-Muslims; the Muslim migrants will then be left to appeal before the foreigners tribunals and they will be forced into a state of alienation in detention centres as part of ethnic cleansing process. Creating stateless citizens is a violation of principles of customary international law,” Mancha said in its petitions.

“This controversial Act violates the Assam Accord, 1985, and is a threat to the integrity and unabridged continuity of language, culture, demographics and economic well-being of the indigenous population of Assam and the Northeast. India is a signatory to the United Nations Declaration on the Rights of Indigenous Peoples (UNDRIP). Therefore, before granting citizenship and settling refugees, take necessary steps to protect and preserve the cultural, social and linguistic identity of the indigenous people of Assam. Moreover, post Citizenship Amendment Act, 2019, the anti-Hindu sentiment might increase in neighbouring Islamic countries of India,” the petitions said.