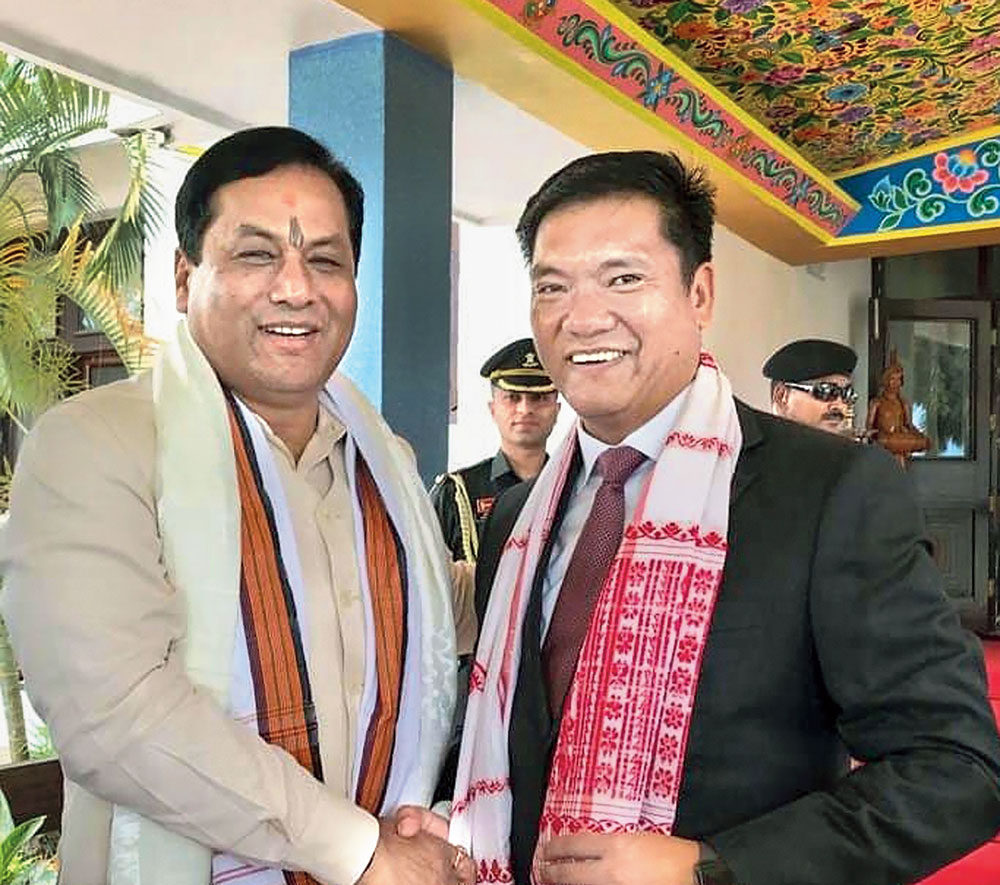 Arunachal Pradesh BJP Legislature Party leader Pema Khandu was sworn-in as the 10th chief minister of the Himalayan state for the second term on Wednesday.

The party won 41 seats, including three uncontested, in the 60-member Assembly for which elections were held simultaneously with Lok Sabha polls on April 11.

Governor Brigadier (retd) B.D. Mishra administered the oath of office to Khandu and his 11 cabinet ministers, including Chowna Mein as the deputy chief minister.

The new ministry does not include a single woman.

After the ceremony, Khandu told reporters, “Today is a historic day for the state as the BJP could install a government on its own for the first time in Arunachal.”

He thanked the people of the state for reposing faith in his leadership and that of Prime Minister Narendra Modi and party president Amit Shah.

“Under the leadership and guidance of PM Modi, there is much more work to be done for the overall development of the state,” he said.

Khandu said he would focus on improving law and order, health, education and providing employment opportunities.

“We will invite investors from outside to invest in the potential sectors of the state so that there are employment opportunities for the local youths,” he said.

The chief minister promised a clean, transparent and corruption-free government.

Khandu, 39, a history graduate from Hindu College, New Delhi, belongs to the Monpa tribe of Arunachal Pradesh and is Buddhist by religion.

He won this year’s Assembly election from Mukto in Tawang district for the third consecutive time by 2,602 votes. He had first won Mukto in 2011 byelection after his father and former chief minister Dorjee Khandu died in a helicopter crash in April that year. He was re-elected unopposed from the seat in 2014.

Though Khandu was sworn-in as the chief minister for the second term, this is the first time the BJP has formed an elected government in the state.

The rise of the BJP, which exploited infighting between rival parties to rule the state for the past two-and-a-half years, has come at the cost of the Congress, which managed to win only four seats this time in the 60-member Assembly.

Since assuming the office of the chief minister of the key state, bordering China, in July 2016, Khandu and his cabinet have changed their party twice — from the Congress to the People’s Party of Arunachal (PPA) and then to the BJP — all within a span of five months.

Altogether 33 of the Congress’s 44 legislators, led by Khandu, had joined the PPA and then merged with the BJP to form the government.