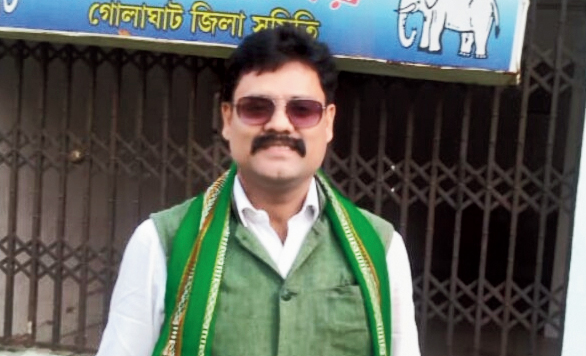 Dissident AGP workers have launched a campaign for a change in leadership in the wake of the regional party reviving its alliance with the ruling BJP.

Convener of the group, Ashwin Kumar Mahanta, said they have begun their campaign to reform the party from Golaghat where the regional party, AGP, was born on October 14, 1985, following culmination of the six-year-old Assam Agitation.

Ashwin said the decision to tie up with the BJP for the Lok Sabha polls “was not a collective decision of the party but taken by a handful of power-hungry leaders to fulfil their selfish interests”.

“By allying with the BJP again, which has vowed to pass the Citizenship (Amendment) Bill, 2019, if it retains power at the Centre, the present AGP leadership has betrayed the indigenous people of Assam and insulted the grassroots workers of the party. These leaders are running the party like their private company,” he said.

He added that a delegation led by him visited the Golaghat district in the past couple of days and met grassroots workers, supporters and well wishers of the AGP and urged them to come forward and lend support to their efforts to reform the party.

Ashwin said they will also visit other parts of the state and appeal to the party workers to resign en masse, if required, to put pressure on the party leadership.

“We will continue to oppose the Citizenship (Amendment) Bill, 2019, as it is detrimental to the interest of the people of the state,” he added.

The AGP, however, maintained that Ashwin was not a member of the party since he had been expelled for “violating the party discipline”.

There has been discontent within the AGP ranks over its tie-up with the BJP because of the latter’s support for the citizenship bill.

Hitting out at the dissidents, the AGP’s youth wing, Asom Yuba Parishad (AYP), has issued a statement, accusing Hemen Borah and others of working at the behest of the Congress to weaken the regional party. The AYP also warned these leaders to desist from anti-party activities.

With the outbreak of dissidence in the party, it is now being apprehended that the regional party may be heading for a split.

AGP president and Assam agriculture minister Atul Bora recently said there can be difference of opinion within the party on some issues but there is definitely no room for dissidence. Bora hinted that the party will not hesitate to take stern action against those who indulge in anti-party activities.

The AGP had recently suspended its central executive committee member Pranab Goswami, expelled Bhaskar Jyoti Das from the Asom Yuba Parishad and Saraswati Das and Dipti Sarma from its women’s wing Asom Mahila Parishad for opposing the party’s alliance with the BJP.