'Before an artiste or even an actor, I am an Assamese and I stand by my people in Assam. I oppose the CAB' 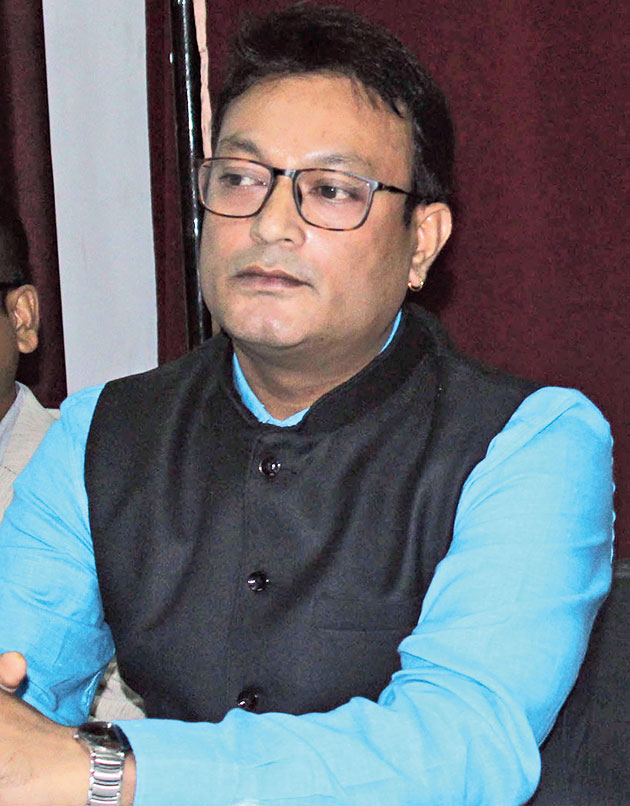 Actor-turned-politician Jatin Bora resigned from the BJP on Thursday in protest against the Citizenship (Amendment) Bill.

He also quit the post of chairperson of the state-run Assam State Film Finance Development Corporation at Latasil playground here in the presence of a massive crowd which came to protest against the bill.

Bora, announcing his resignation, said he had joined the BJP with hopes of reviving the film industry in Assam and had no intention of becoming a political figure.

“Before an artiste or even an actor, I am an Assamese and I stand by my people in Assam. I oppose the CAB,” he said.

Bora said in a democracy, citizens are kings.

He said everything he is today is because of the people of Assam and if the Assamese community became a minority or extinct then who would watch the Assamese movies or artistes?

“Keeping in mind that our community is at stake, I formally resigned from the BJP as well from my post as the chairperson of the Assam State Film Finance Development Corporation. I thought that after the protests the government would withdraw the bill, but instead it passed it. I was just a member of the party and I do not support everything it says. I oppose the CAB and I will keep on protesting against it,” he added.

Bora’s move was welcomed by the protesters who had earlier criticised him for not taking a stand on the bill.

Another Assamese actor, Ravi Sharma, resigned from the BJP to protest against the bill immediately after it was tabled in the Lok Sabha on Monday.

Sharma, who joined the party a few months ago, said he is an artiste first and his identity as a political leader comes later.

“Whatever I am today is only because of the people of Assam. I will never support the bill under any circumstance,” he said.

“We already have taken the burden of a lot of migrants. We are no longer in a position to accept more. I want the government to scrap the bill. I will take part in all agitation along with the people of Assam to protest against the bill,” he added.