2 more miners may be inside Meghalaya's flooded Ksan mine

It has been nearly a week since 13 miners got trapped, but rescue teams have not made much progress 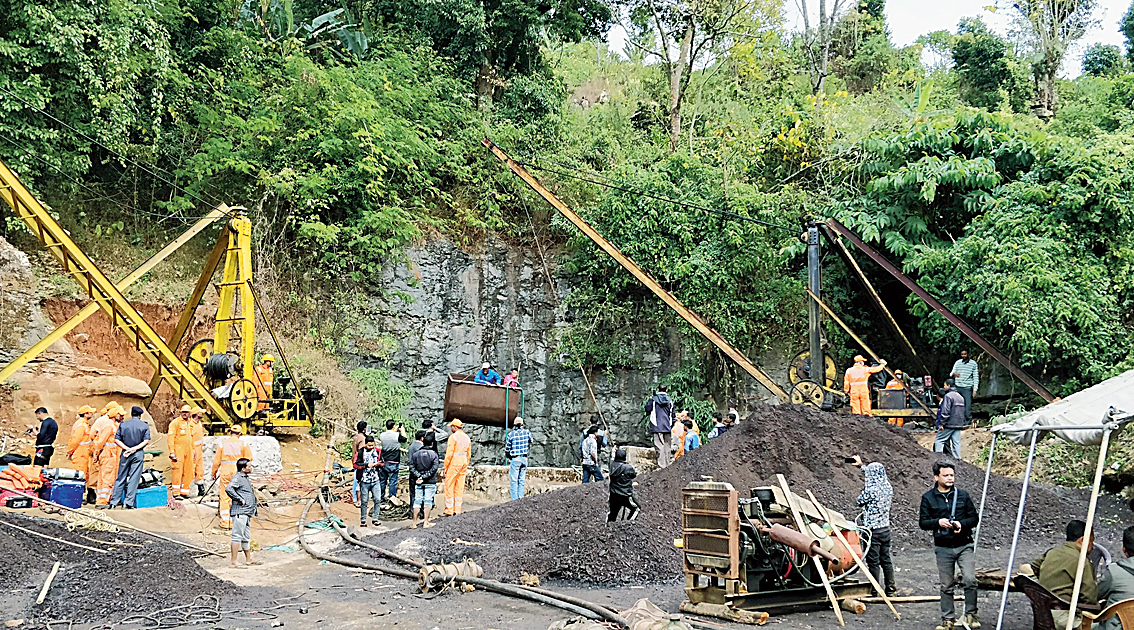 Two more names have been reported to the Meghalaya police in East Jaiñtia Hills to the list of those trapped in the coal mine at Ksan under Saipung police station.

On Sunday, Sheikh’s uncle, Rofiot Zaman had been at the place of occurrence holding his nephew’s voter’s card. With these two fresh names, the tally of those trapped in the coal mine has gone up to 15.

Nearly a week since 13 miners got trapped in a coal mine in Meghalaya’s East Jaiñtia Hills, search and rescue teams are still unable to make any headway as the water level inside the mine rose on Wednesday.

The mine is around 320 feet deep, and the water level, according to the National Disaster Response Force (NDRF), is more than 70 feet.

“The work to pump out the water will go on. We will see on Thursday morning how the situation unfolds,” he said.

On Tuesday, it was confirmed that the water in the river and in the mine was the same. Experts suggested the use of machines which can pump out at least 500 gallons of water per minute. But these are not locally available.

Until Tuesday, approximately more than seven lakh litres of water had been pumped out of the mine shaft. However, the water level in the mine has not receded.

NDRF divers can go up to 30 feet deep. Beyond that, it would be risky as the water in the mine is murky, with almost zero visibility.

The NDRF has maintained that the water level in the mine should at least go down by 40 feet for its men to be able to do something substantial.

With every passing minute, the little hope among the relatives of the 13 miners or more is fast diminishing and turning into despair.

Meghalaya is known for its “killer” rat-hole coal mines. The National Green Tribunal (NGT) had banned this illegal mining since April 2014.

However, there have been reports that the ban was openly flouted by many coalmine owners. The December 13 accident is a case in point. A stockpile of what appeared to be freshly mined coal was seen near the pit where the 13 miners have been trapped.

The Supreme Court has been hearing pleas to lift the coal mining ban, and it will again hear the case on January 15.

Earlier, the apex court had allowed transportation of the extracted and assessed coal, amounting to 176,655 tonnes, up to January 31, 2019.

This amount was based on an assessment carried out in August 2014 in the mining districts of Meghalaya and a reassessment in South Garo Hills in January this year.

17 trapped in Meghalaya mine, says man who survived collapse