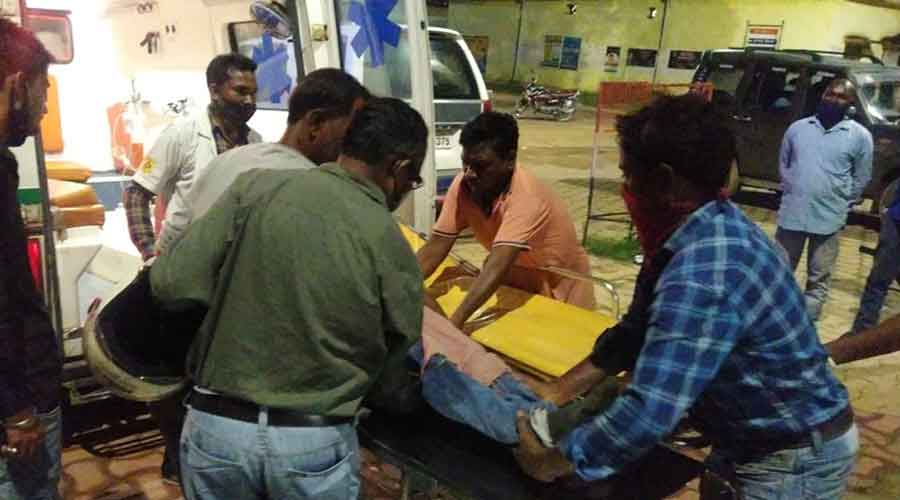 A 30-year-old youth was lynched by a group of villagers shortly after he had shot dead a 40-year-old man in West Singhbhum district about 90 km away from here on Tuesday evening.

West Singhbhum SP, Ajay Limit, said the incident took place while Sideu was playing cards along with five others at a place near the village market.

"As Sideu was busy playing cards along with five other villagers, Lambu arrived there and sat there for a while. Incidentally, an altercation broke out between Lambu and Sideu. In the spur of the moment, Lambu fished out a country-pistol from his waist and fired a shot at Sideu from close range, causing the latter to fall down instantly. Having shot Sideu, Lambu tried to flee the spot, but those present there caught him up and thrashed him to death, "said the West Singhbhum SP to The Telegraph Online.

Linda said as the Pandrasali thana outpost was about four km away from the spot, a police party reached the scene in about half-an-hour and rushed both the victims to Chaibasa Sadar Hospital, about 30 kms away from Gara Rajbasa. The doctors on emergency duty declared both the victims dead.

The senior police officer said that they are yet to ascertain the content that led Lambu to open fire on Sideu.

"Those who were playing cards with Sideu are tight-lipped about what had gone wrong between the two that prompted Lambu to open fire, "said Linda. He stated that they are trying to identify those involved in the lynching.

The police have recovered the pistol that was used in Sideu's murder.

According to sources in the Gara Rajbasa village, Lambu had a sketchy background and worked in Madhya Pradesh but had returned to his village after lockdown was imposed there in April. Sideu was a civil contractor.