Police rule out foul play, deceased was set to go to Vellore for treatment 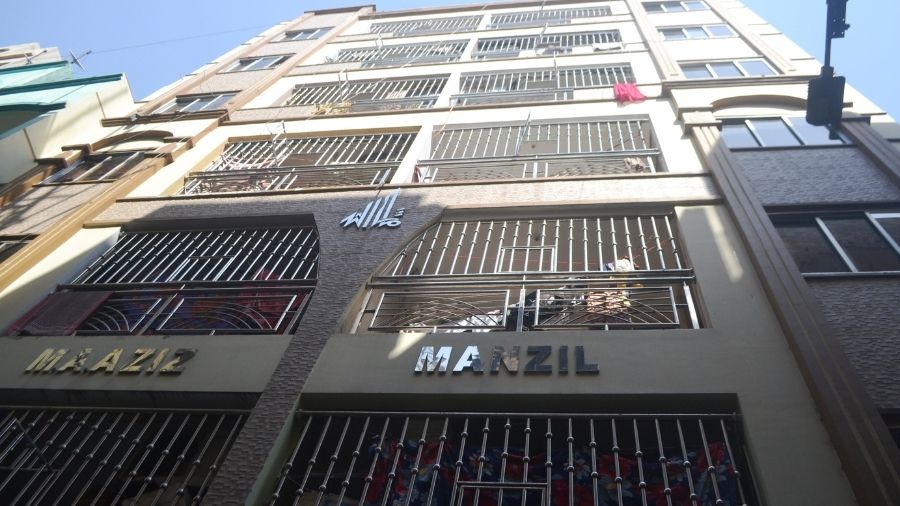 The building in Dhatkidih of Jamshedpur, from where the woman jumped off on Wednesday.
Picture by Animesh Sengupta
Kumud Jenamani   |   Jamshdepur   |   Published 03.03.21, 05:20 PM

A 38-year-old woman on Wednesday died on spot when she jumped off a building at the densely-populated area of Dhatkidih in Jamshedpur, at around 11:30 am when the locality was buzzing with activities.

Sources said Udzama Khatoon, a mother of three children, climbed up the sixth floor of the building from her ground floor residence and fell to her death.

Bistupur Police Station OC Vishnu Raut said he had taken a statement from the deceased’s husband Mohammed Samser Alam, who informed that his wife was undergoing treatment for mental ailment since the past one year.

"We took a statement from the deceased's husband and also checked the medical papers related to treatment of her mental issues. There was no foul play behind the incident," Raut told The Telegraph Online.

Police had reached the spot within 10 minutes after the incident occured.

"I was supposed to take her to CMC Vellore on Wednesday evening for treatment but she took this unimaginable, drastic step before that," Alam said while talking to this website.

In a similar incident, a 20-year-old youth, identified as Rajesh Das, was found hanging at his Bagbera residence on Wednesday morning. He too was going through mental issues, police said.

Both the bodies of Khatoon and Das have been shifted to the mortuary of the MGM Medical College and Hospital for autopsy.