Walkie-talkies, other gadgets for civic vigil in Ranchi 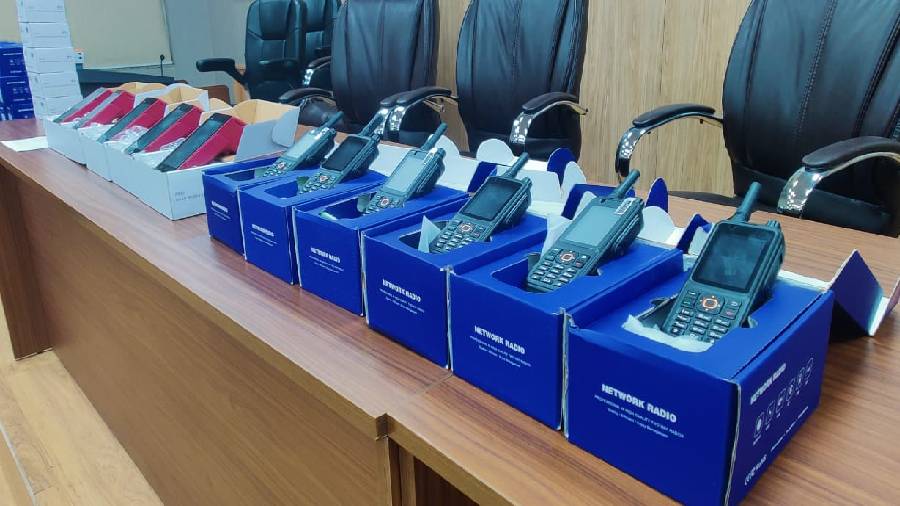 Citizens caught violating civic rules will henceforth be fined on the spot with Ranchi Municipal Corporation (RMC) deciding to arm  enforcement teams with walkie-talkies and other gadgets for proper enforcement.

Mayor Asha Lakra said that in the first phase 60 walkie-talkies and 17 e-PoS (point of sale) machines were being handed over to RMC teams. "We will increase these gradually as per the requirement,” she said, adding that the technological advancement of the enforcement team was to fast-track work within the city.

“Also, we will now do away with the manual challan system in a phased manner. With e-PoS machines, allegations of illegal fines will also come to an end,” she said, adding that RMC was probably  the first civic body in the state to upgrade its systems.

Municipal commissioner Mukesh Kumar said that although RMC teams have phones and are connected via Whatsapp for day- to-day coordination,  walkie-talkies would help improve response time.

Over the last few weeks, the civic body has initiated crackdowns against all kinds of civic rule violations. The department is currently focusing on illegal constructions and removing encroachments from roadside.

Kumar said, “RMC’s mandate is to ensure proper upkeep of the city from cleanliness to beautification, which we are also working on simultaneously. We have come up with a couple of new parks, set up a dedicated vegetable mart and undertaken wall beautification.”