They have managed to collect nearly Rs 20,000 in a crowdfunding drive to fight against the alleged killing of a villager by security forces on charges of being a Maoist 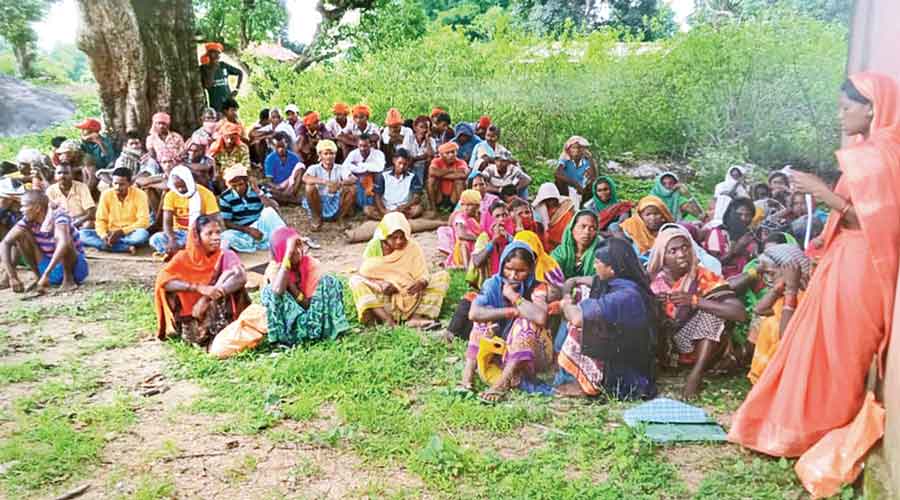 Residents of Piri village in Latehar district of Jharkhand have managed to collect nearly Rs 20,000 in a crowdfunding drive to fight a legal battle against the alleged killing of a villager by security forces on charges of being a Maoist.

The legal formalities for filing a petition through a lawyer has been completed and the plea will be filed in the court of the chief judicial magistrate (CJM), Latehar, on Monday.

“Everything including an affidavit of petitioner Jiramani Devi (widow of victim Brahmadev Singh) has been completed and the complaint petition would be filed in the court of CJM, Latehar, on Monday. The court will send the complaint to the police station concerned (Garu) for registration and investigation,” said legal counsel Birsa Munda.

Residents of Piri in Ghasitola panchayat under Garu block had drafted a letter seeking donations from the villagers (there are nearly 100 households in Piri) and pasted copies of the letter in the government schools and also in the primary health centres and sub-health centres under the panchayat area. They had initially sought to collect Rs 30,000 through donations. 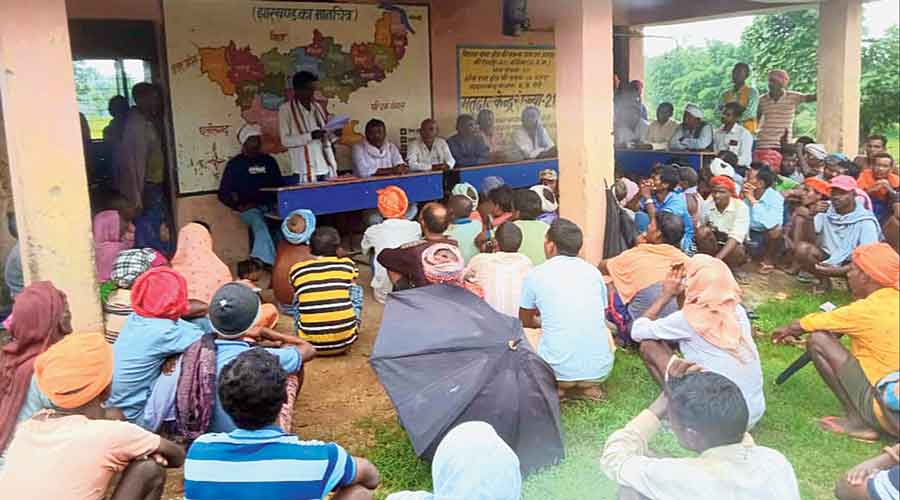 A gram sabha at Piri on Tuesday to create awareness about the initiative.
Shabbir Hussain

“Jiramani Devi had submitted an application with Garu police station on June 29 demanding that an FIR be registered against security forces allegedly responsible for the death of her husband. But it has been over three months and the police are yet to lodge an FIR. Whenever we go to the police station we are threatened of being implicated in cases. We had no option but to approach the court but for that we needed funds to pay for hiring an advocate, cost of documentation and travelling expenses (distance between Piri and Latehar is over 78km),” said Bisweshwar Singh, 55, a landless farmer of Piri.

“The FIR is yet to be registered by the police which is a violation of the constitutional right of an individual. The gram sabha has also written to chief minister Hemant Soren asking for action against the security forces for the fake encounter of innocent villagers,” said Siraj Dutta, a member of the Jharkhand Janadhikar Mahasabha (a conglomeration of human rights organisations).

A team of human rights activists under the aegis of the Mahasabha had visited the village where Bramhadev was shot dead on June 12. The team in its fact-finding report released on June 23 claimed that innocent villagers carrying single-shot country-made guns were taking part in an annual hunting festival when they were fired at by security forces.

“The security forces took Bramhadev Singh to the edge of the forest and fired three shots at him, which led to his death,” states the report, a copy of which was also submitted to Latehar deputy commissioner Abu Imran.

“The FIR does not mention Bramhadev’s death by the police firing. According to the FIR, this incident was an exchange of fire in which the first shot was fired by the group of armed villagers and some people fled into the forest. The FIR also mentions that Bramhadev’s body was found at the edge of the forest. These statements are contrary to the facts,” the report states.

It also says the police have filed a case against six Adivasis, including Bramhadev, under various sections (including the Arms Act).

Lal Mohan Singh, secretary of the Akhil Jharkhand Khirwar Jansabha Vikash Parishad, a social outfit helping the villagers, said that they would continue to pool in resources for legal expenses and take the case to its logical conclusion.

The CID is currently probing the case.