Unseasonal showers across Jharkhand, brace for more till November 20 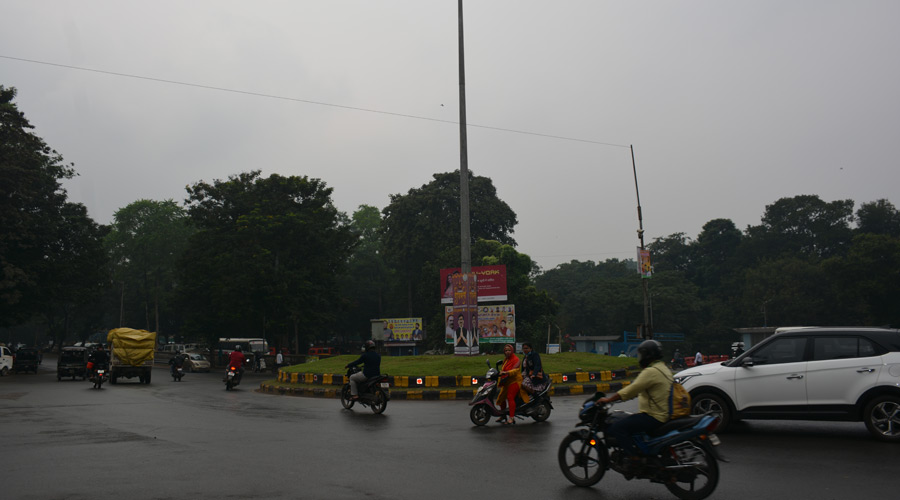 Commuters caught in the unseasonal rain at Sakchi in Jamshedpur on Saturday.
Picture by Bhola Prasad
Our Correspondent   |   Ranchi   |   Published 13.11.21, 06:22 PM

Ranchi is likely to remain overcast and witness spells of unseasonal rain in the next one week or so owing to a depression in the Bay of Bengal, the Meteorological Centre in Ranchi predicted on Saturday, adding that the overcast conditions may make days colder and nights warmer.

According to Abhishek Anand, the deputy director of the Ranchi Met centre, rains were predicted in Ranchi till November 15, followed by overcast weather with scanty rain for a couple of more days, and moderate to heavy rainfall from November 18 to November 20.

“Depression in the south Bay of Bengal is causing rains in Ranchi. The air is also moist and likely to cause a three to four-degree dip in daytime  temperatures,” said Anand. “The  temperature during nights will rise by two to three degrees Celsius,” he added.

Almost all parts of Ranchi witnessed cloudy weather with intermittent showers since  Friday night.  According to a report shared by the Met Office, Ranchi witnessed 11.2 mm rainfall in the past 24 hours, the highest among Jharkhand districts that saw rainy weather during this period.

“This is the time when Tamil Nadu and other southern states witness rainfall. The effects of this are also seen in Jharkhand and other parts of the country,” said Anand.

However, while the IMD has issued a thunderstorm alert in Tamil Nadu and some of its neighbouring states, Jharkhand is unlikely to witness thunderstorms or heavy rains, officials from the Ranchi Met office said.

Parts of Ramgarh, Hazaribagh, Bokaro, Khunti, East Singhbhum, West Singhbhum, and Seraikela-Kharsawan also witnessed rains on Saturday. MET scientists said that winter chill is likely to set in once the sky gets clear after the rains.