No one should be arrested for defending freedom of expression, says Bachelet, citing Stan Swamy plight 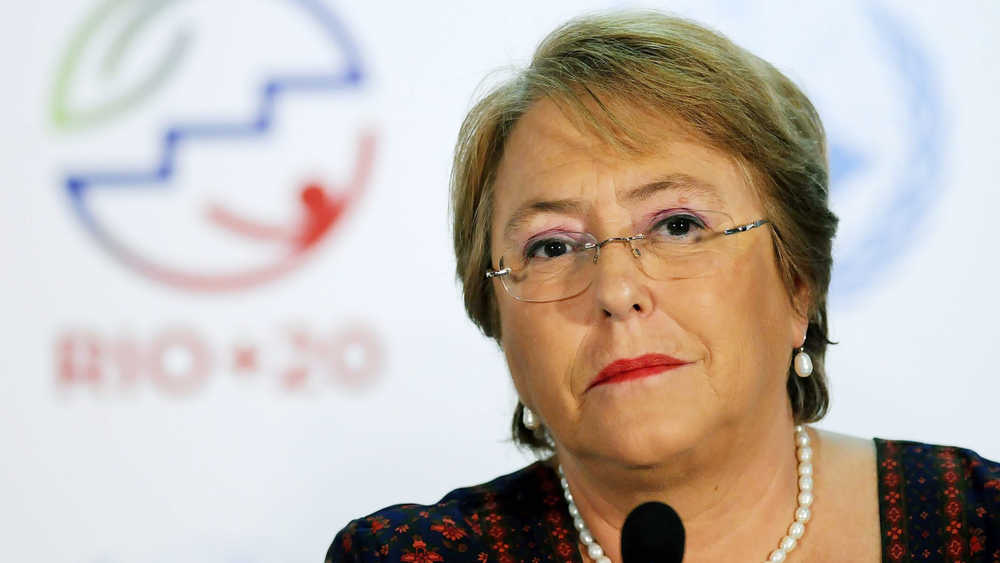 UN High Commissioner for Human Rights Michelle Bachelet has appealed to the Union government to safeguard the rights of human rights defenders and NGOs, and their ability to carry out their work on behalf of the many groups they represent, with specific reference to the arrest of 83-year-old Ranchi priest Stan Swamy.

In her statement, issued on Tuesday and released to the media by Jharkhand Janadhikar Mahasabha, a collective rights organisations, Bachelet said that activists and human rights defenders had come under mounting pressure in recent months, particularly because of their engagement in mass protests against the Citizenship Amendment Act that took place across the country earlier this year.

More than 1,500 people had reportedly been arrested in relation to the protests, with many charged under the Unlawful Activities Prevention Act - a law which has also been widely criticized for its lack of conformity with international human rights standards, she said.

Charges have also been filed under this law against a number of individuals in connection with demonstrations that date back to 2018. “Most recently, the 83-year-old Catholic priest Stan Swamy, a long-standing activist engaged in defending the rights of marginalized groups, was charged and reportedly remains in detention, despite his poor health,” she noted.

“I urge the Government to ensure that no one else is detained for exercising their rights to freedom of expression and peaceful assembly – and to do its utmost, in law and policy, to protect India’s robust civil society,” the High Commissioner said, adding that she also appeals the authorities to carefully review the Foreign Contribution Regulation Act (FCRA) for its compliance with international human rights standards and to release people charged under the Unlawful Activities Prevention Act for simply exercising basic human rights that India is obligated to protect.

Swamy was arrested from Ranchi on October 8 by National Investigation Agency (NIA) in connection to 2017 Bhima Koregaon violence in Pune, Maharashtra.

Bachelet also expressed regret at the tightening of space for human rights NGOs in particular, including by the application of vaguely worded laws that constrain NGOs’ activities and restrict foreign funding.

“India has long had a strong civil society, which has been at the forefront of groundbreaking human rights advocacy within the country and globally. But I am concerned that vaguely defined laws are increasingly being used to stifle these voices,” she said.

Bachelet also expressed worry over the use of FCRA, which a number of UN human rights bodies have also expressed concern. The Act prohibits the receipt of foreign funds “for any activities prejudicial to the public interest.”

“The Act, which was adopted in 2010 and was amended last month, has had a detrimental impact on the right to freedom of association and expression of human rights NGOs, and as a result on their ability to serve as effective advocates to protect and promote human rights in India,” she said citing that most recently, Amnesty International was compelled to close its offices in India after its bank accounts were frozen over alleged violation of the FCRA.

“The FCRA has been invoked over the years to justify an array of highly intrusive  measures, ranging from official raids on NGO offices and freezing of bank accounts, to suspension or cancellation of registration, including of civil society organizations that have engaged with UN human rights bodies,” Bachelet said.

In Jharkhand, the home state of Swamy, rights groups continued protests to demand the release of the priest and activist. After a series of protests in Ranchi, by activists and members of the Church over the last week, a daylong protest was held in Chaibasa (West Singbhum) on Tuesday.