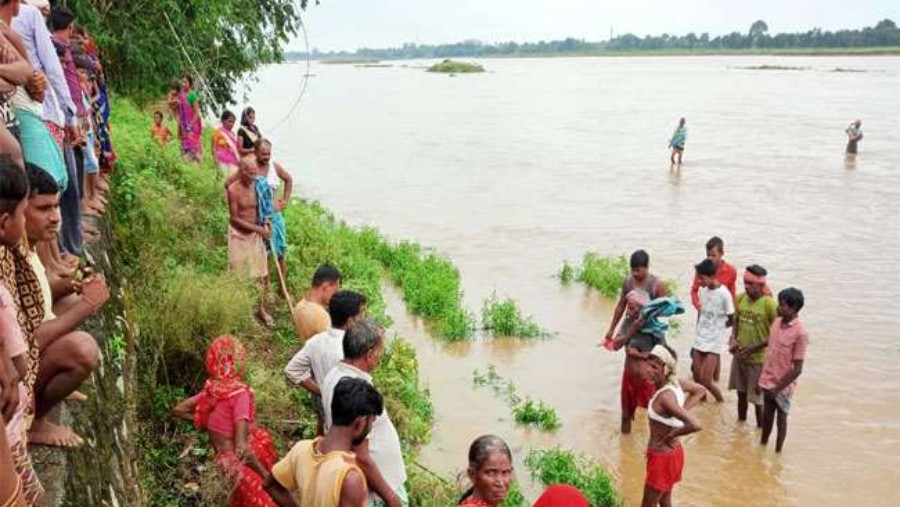 Two persons have died after being swept away by a river in Huntergunj block of Hazaribagh district. The duo, part of a group of 10 herders from Bela and neighbouring Kobana, had crossed the rain-fed Nilanjana river with their cattle like any other day when the water level began to rise and they got stuck.

Locals launched a rescue mission without success. A team of 20 divers brought in from Barhi managed to save eight of the herders.

Manoj slipped in the gushing water and soon disappeared while the rescue operation was on. Kaliya Devi, 65, also drowned while crossing the river.

The dead bodies were sent for post-mortem to the Chatra Sadar hospital.

A constable in Ramgarh district was arrested for allegedly raping an assistant sub-inspector after promising marriage. The officer and constable were posted in Mandu.

The accused, Meraz Ansari, was a computer operator at the police station. He was training the officer on creating a database of cases in the area.

He took her into confidence and promised her marriage. They were in a relationship for six months, and the woman had also undergone abortion. Later, Ansari was transferred to the Ramgarh police station. In the meantime, he married another woman.

The accused has been arrested. The Mandu police station officer in charge has been suspended in connection with this case.

The BJP has protested the decision of the JMM government to establish a law college in place of an engineering institute at Ghodabadi in Chandankyari block.

The engineering college was planned by the erstwhile BJP government which had sanctioned Rs 13 crore and allotted 20 acres for the project.

“The engineering college was approved at a cabinet meeting in March 2019. The detailed project report was accepted soon after and 20 acres allotted. Rs 13 crore was sanctioned and the work order placed. And now, when we were waiting for the foundation ceremony, the JMM government converted the project into a law college,” said Chandankyari MLA Amar Bauri during a news conference. “How can the government justify this?”

Bauri has gone to Ranchi seeking an appointment with governor Draupadi Murmu to discuss the matter.

He said: “I will die, but not give up on the engineering college project. If the government does not relent, we will launch a massive agitation.”

JMM city president Mantu Yadav justified his party’s stance. He said: “It was the Bokaro MLA who had sent a letter urging the change. Former Bermo MLA Jogeshwar Mahato Batul supported him a year ago. The BJP MLAs are not concerned about the engineering college, but are using it as an issue to gain the votes of youths.”

Residents of Chandankyari, which is witnessing rapid industrialisation, are disappointed that an engineering college will not come up in the area.

A team of Dhanbad officials led by deputy commissioner Uma Shankar Singh on Thursday carried out a surprise inspection of the interstate border with Bengal at Maithon and Chirkunda and gave instructions to policemen to not allow anybody to enter Jharkhand without a valid pass.

He said a medical team will be deputed at the border from Saturday to conduct Covid-19 testing of everyone entering the state.

The meeting, led by vice-chancellor Anjani Kumar Srivastava, also approved the decision to soon publicise the new syllabus through the heads of 28 departments.