Two-day feast of organic delights for aam aadmi in Ranchi

Nabard fest with chemical-free mangoes a win-win for consumers, farmers 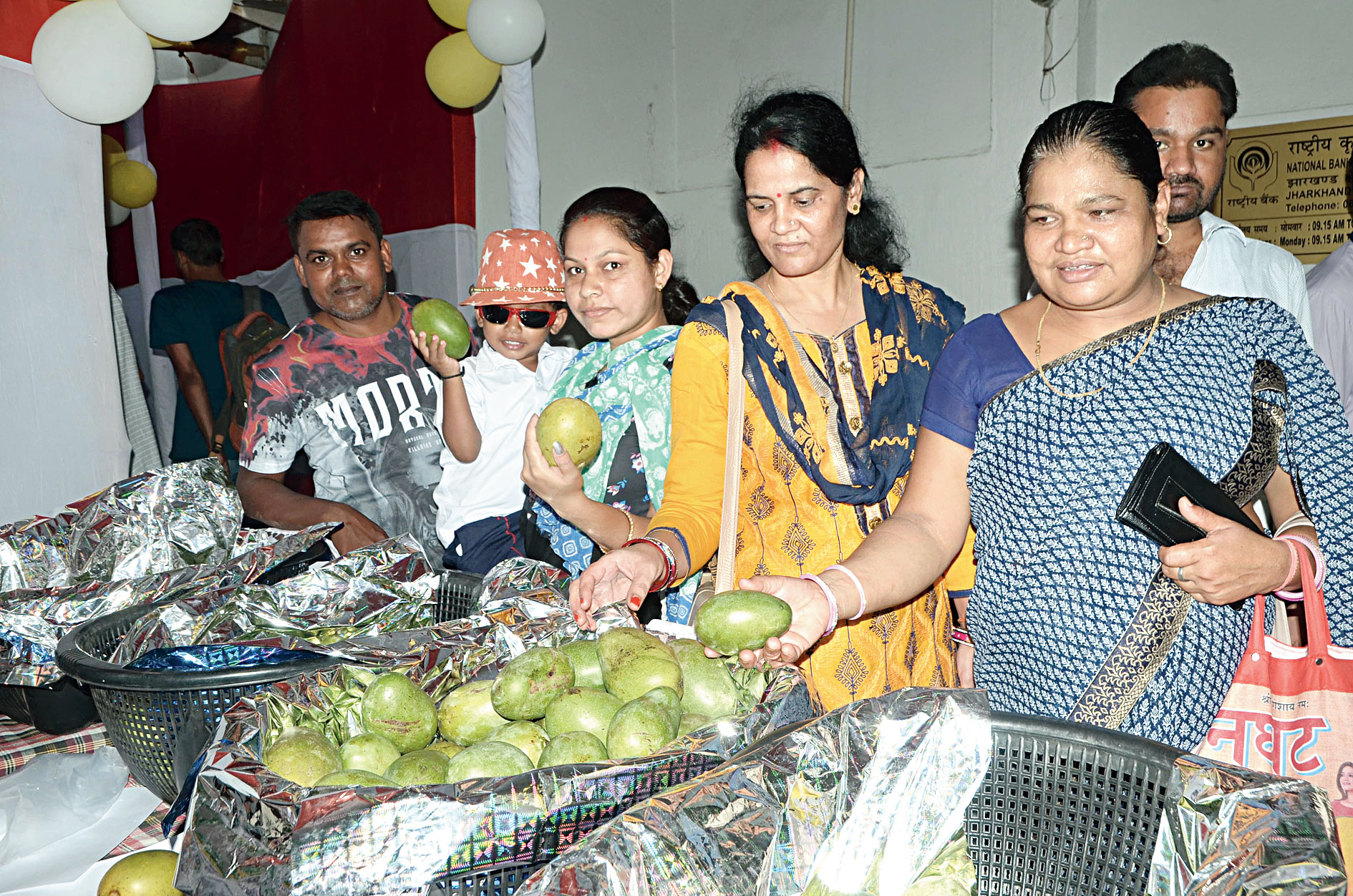 If you’re a mango person — a.k.a aam aadmi — yearning to bite into delicious carbide-free varieties, your prayers have been answered.

The two-day Mango Festival that kicked off at the regional office of the National Bank for Agriculture and Rural Development (Nabard) here on Thursday provides a win-win proposition for consumers and producers alike of organic mangoes.

A dozen stalls have been put up by NGOs with which Nabard has been working for implementation of its Wadi project, meant for providing an assured supplementary income to the poor of the project area.

Visitors at the mango fest organised by Nabard in Ranchi on Thursday.
Picture by Prashant Mitra

Rajesh Murmu, from Mehjia village of Jamtara district, was sitting idle at his stall after selling his entire stock of 60kg of Amrapali mangoes within two hours of the opening of the festival.

“It was raining when we started yesterday (Wednesday) and we couldn’t bring more than half of the mangoes we had planned to display here,' he said at the empty stall of the Badlao Foundation he is attached to.

Nabard implements the Wadi (a Gujarati word meaning small orchard) project under its tribal development scheme that was introduced in 2008-09 for improving the socio-economic condition of the people living in its project areas by encouraging them to grow organic, carbide-free fruits and also helping them in the production, processing and marketing of their produce. Hence, the rural bank has been organising a mango festival in Ranchi since last year.

“We started planting mango saplings under the Wadi scheme in 2010 and got good quality of fruits from the third year itself,” said Alex Hansda of Chetna Vikash, who came from Saraiyahat in Dumka district with mango varieties such as Amrapali and Fazli.

“We have been cultivating mangoes for the past five years and started getting good quality Amrapali mangoes after three years,” said Ram Kumar Oraon of Grameen Seva Kendra of Patratu in Ramgarh district.

The stalls are selling mangoes at Rs 40 and Rs 50 per kg, depending on the variety.

“The quality of mangoes sold here is really very good as I found last year,” said Ashok Sharma, a visitor, after buying 3kg of Amrapali mangoes from one of the stalls.