Two bikers killed in a mishap on Kandra-Chowka road

They were on their way to Ichagarh block when fatality struck 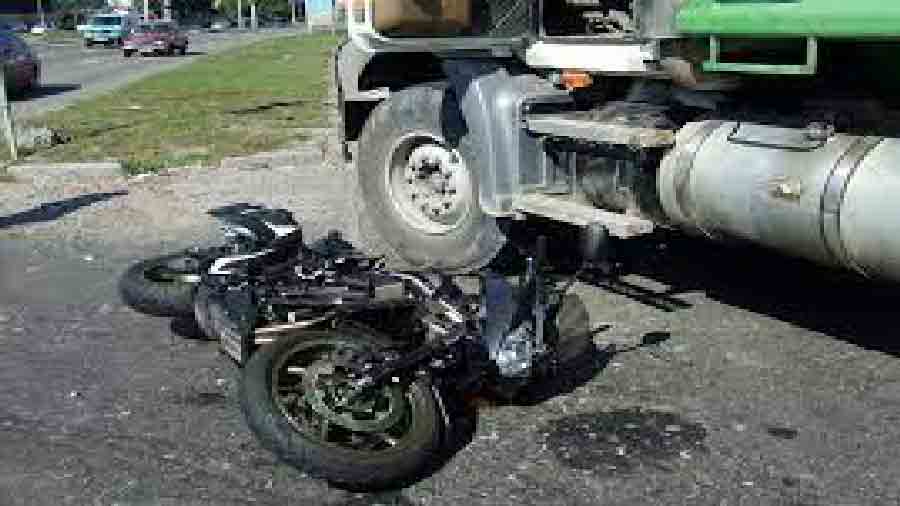 Two youths were killed on the spot as the bike they were riding rammed into a stationary truck on Kandra-Chowka roads in adjoining Seraikela-Kharsawan district about 25 km away from the heart of the city on Monday morning.

What was shocking is that the two met with their tragic end at a time when they were on their way to Ichagarh block in the same district to fetch fish from the market as there was a 'Shradh' ceremony at the house of one of the victims in Kandra today,

The mishap took place along the Raipur village at about 8 am while there was a moderate vehicular traffic on the Kandra-Chowka road which links Adityapur industrial area with the NH-33 in Chowka.

According to eyewitnesses, the bikers riding at a breakneck speed toward Chowka and as they were crossing Muskan Dhaba, the rider lost his balance over the vehicle and rammed into the stationary truck. As a result of the collision, both the youths were flung about 50 feet away and the bike was totally damaged.

As the passersby rushed to the victims, both were found killed. Their heads were ruptured in the impact of the collision.  OC, Kandra thana, Rajan Kumar confirmed about the fatal mishap.  "The mishap resulted in the death of two youths due to rash driving and a stationary truck parked near a roadside eatery. We have seized the truck bearing registration No 01-AE-1863, but the driver of the truck is traceless, " said Kumar while talking to The Telegraph Online.