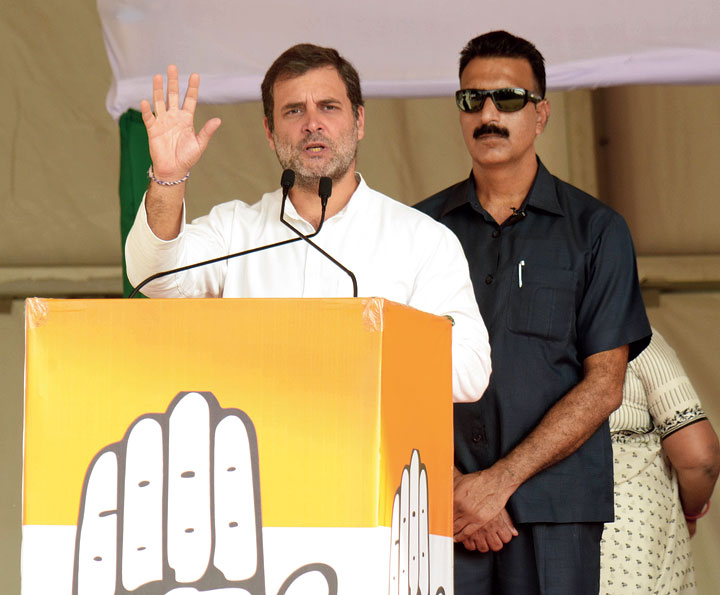 Congress leader Rahul Gandhi is expected to hold a rally on Monday at the BIT football ground here in support of the JMM-Congress-RJD combine for Assembly seats in Ranchi district which will vote in the third phase of the elections on December 12.

Rahul will also hold a rally in Barkagaon Assembly seat, around 82km north of Ranchi on Monday.

“We have been told about his (Rahul’s) itinerary,” state Congress spokesperson Kishore Nath Shahdeo said on Saturday. “He will address rally at the BIT football ground on Monday after which he will fly to Barkagaon. His rally will further swing people’s mood in favour of the UPA. Two phases of the election have clearly shown that the BJP will lose and even CM Raghubar Das will lose his home seat (Jamshedpur East).”

This will be Rahul’s second visit for the Assembly polls. On December 2, he addressed a rally in Simdega, one of the 20 seats that voted on Saturday.

A senior state Congress leader said: “We were told that Sonia Gandhi is not keeping well but our request is under consideration. Problem with Priyankaji is that she doesn’t venture out of Uttar Pradesh (for campaigning). If they (Sonia and Priyanka) hold rallies it will increase our chances.”

Of the seven seats in Ranchi district, the Congress is contesting Kanke, Hatia and Khijri. Ally JMM is contesting Ranchi, Ichagarh, Silli and Tamar. Except Tamar, which voted on Saturday, voting for six seats will be held on December 12. From Barkagaon, the party has fielded Amba Prasad, daughter of MLA Nirmala Devi.