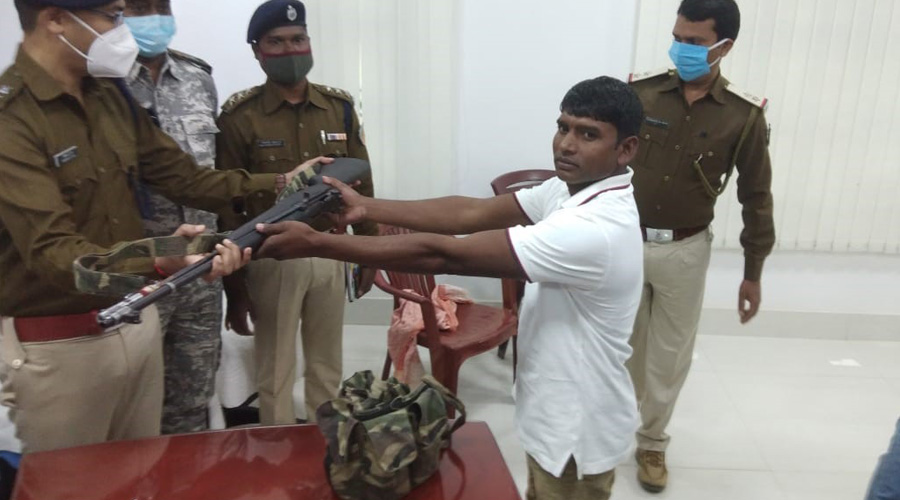 Udesh Ganjhu alias Sukul, subzonal commander of Tritiya Prastuti Committee (TPC) who was carrying a reward of Rs 5 lakh on his head surrendered in front of senior police and Cobra officials in SP office of Chatra on Tuesday. He also handed over a USA-made MI series Springfield semi-automatic rifle and 150 live bullets.

Jha said Udesh was looking after Chatra and Latehar district. A total of eight FIRs are registered against him in various police stations of Chatra. He was wanted in cases of murder and violence by Chatra, Latehar, and Palamu police.

Udesh said he joined TPC after being misguided by the top leaders. He said he was fed up with the bloodbath and violence followed by the chase of police. He appealed to other cadres also to surrender and return to the mainstream of life. He was in TPC for a long time and married Urmila in 2005. He has three sons namely Abhinandan Kumar, Suman Kumar, and Prince Kumar. He also informed that after his surrender, TPC is having Shashikant as zonal commander and five subzonal commanders working under him.

Jha warned the extremists that if they did not surrender in the coming days then they would have to be ready to face the actions.