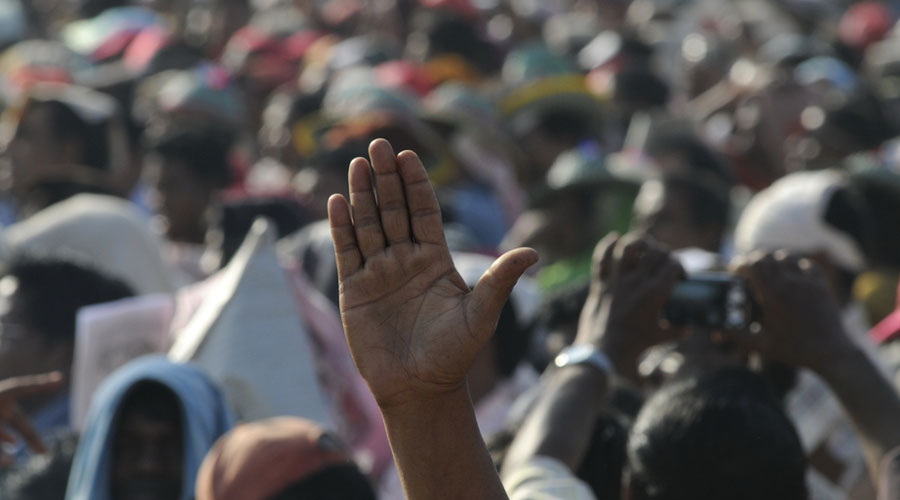 Tribal representatives from nine states are gearing up for a mass agitation to press for a separate Sarna religious code in the 2021 census if the Centre does not accept their demand.

The representatives will meet at the Gandhi Peace Foundation in New Delhi on October 3 and seek an appointment with Union home minister Amit Shah and the registrar general of India.

“The tribal representatives from Madhya Pradesh, Chhattisgarh, Maharashtra, Rajasthan, Gujarat, Jharkhand, Odisha, Bengal and Assam will meet at Gandhi Peace Foundation and draft a memorandum to press for a separate religious code for the tribals in the 2021 census. We will seek an appointment to place our demands with the Union home minister, registrar general of India and heads of various political parties. If the government stand is not favourable, we will have no option but to start an agitation,” said Prem Sahi Munda, national general secretary of the All India Bharatiya Adivasi Dharma Parishad.

Another set of tribal leaders under the banner of the Rashtriya Adivasi Samaj Sarna Dharma Raksha Abhiyan have threatened an economic blockade in tribal-dominated states on the same issue.

“In terms of population, followers of Sarna are next to Hindus and Muslims but still now we do not have a separate religious code,” said Karma Oraon, former head of the social science department in Ranchi University.

The Jharkhand Assembly had in November last year unanimously passed a resolution for a Sarna Adivasi religious code in the 2021 census in a special one-day session and sent it to the Union government.

The tribal groups of Jharkhand had earlier this year threatened to boycott the 2021 census if Sarna code was not included in it. They said that with the Centre dropping the “others” option from the religion column for 2021 census, Sarna adherents would be forced to either skip the column or declare themselves members of one of the six specified religions — Hindu, Muslim, Christian, Buddhist, Jain and Sikh — which would damage their separate identity.