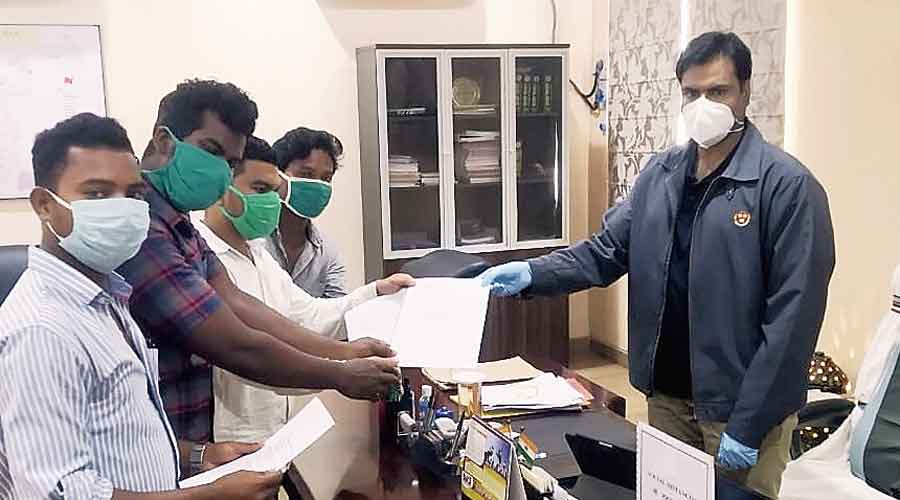 A delegation under the aegis of Adivasi Youngsters United, Kolhan, submitted a memorandum to Soren through West Singhbhum deputy commissioner Arava Rajkamal, seeking repeal of the two laws to prevent mob lynching and assault of tribal people allegedly by Right-wing groups in the name of cow slaughter and religious conversions.

“We have recently seen how seven tribals were beaten and had their heads tonsured partially and forced to chant religious slogans by Right-wing groups in Simdega on the suspicion of cow slaughter. Between 2016 and 2020, at least 18 tribal people have been lynched over cow slaughter allegations in the state. We would like the tribal-friendly government led by Hemant Soren to think of repealing the two laws which have been misused by the Right-wing fanatics to disturb the communal fabric and taking law into their hands,” said Manijit Hasda, a final-year graduation student of Tata College, Chaibasa, who led the delegation.

The Jharkhand Bovine Animal Prohibition of Slaughter Act, 2005, was strictly enforced by the erstwhile Raghubar Das-led BJP government in the state in 2017 prohibiting slaughter and sale of cows while the Jharkhand Freedom of Religion Act, 2017, bars religious conversion by force or allurement making it a non-bailable offence with the provision of jail term of three years and Rs 50,000 fine for the guilty.

“We would like the chief minister to direct the bureaucrats to take exemplary action against the accused in mob-lynching and assault of tribal people on the pretext of these rules so that such incidents do not recur. A strong law should be passed against lynching in the state,” said Hasda.

According to the Jharkhand Janadhikar Mahasabha, a group of social organisations fighting for human rights, at least 29 Muslims and tribal people have been lynched or injured on the suspicion of cow slaughter, consumption of beef, stealing cattle or due to religious hatred between 2016 and 2020. Adequate compensation, judicial and police action are pending in several cases.