Traffic snarls back on Mango bridge in Jamshedpur

On both Wednesday and Thursday, traffic snarls that began around 10.30am continued for over two hours 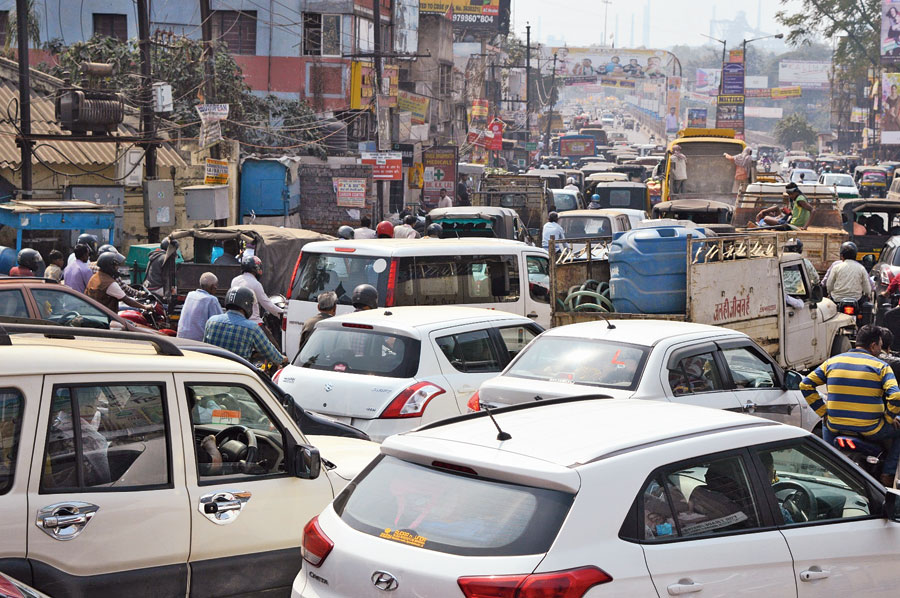 Commuters faced a tough time on the Jai Prakash Narayan Setu, popularly known as the Mango bridge, and the connecting Dimna Road, for the second consecutive day on Thursday.

On both Wednesday and Thursday, traffic snarls that began around 10.30am continued for over two hours inconveniencing office-goers and others.

Like on the day before, Thursday also saw a religious procession through Dimna Road and Mango bridge around 10.30am, leading to a long queue of vehicles on the entire stretch.

The situation worsened when the no-entry restriction lifted at 11am with heavy vehicles entering from the Marine Drive to Subernarekha Link Road and the Mango roundabout.

Commuters on the bridge and two connectors Dimna and Subernarekha Link roads had an easier time only after 12.30pm.

Traffic constables deployed on both ends of the bridge had a trying time.

“After the no-entry sign is lifted, traffic load increases in the area. But any extra incident, like the religious procession on Thursday, or a truck stranded on the bridge in need of repairs throws traffic off-kilter,” said a traffic constable posted near the Mango bridge.

Traffic chaos occurs regularly 600 metres from the Mango roundabout near Gandhi Ghat (on Sakchi side), the constable said, as commuters often travel from the wrong side before reaching the main Subernarekha Link Road.