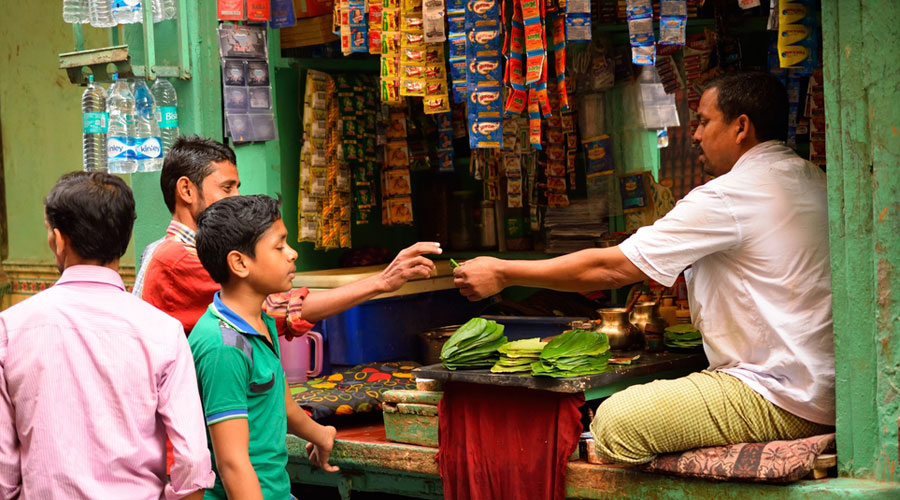 In April this year, the Jharkhand government had banned the sale and use of all forms of tobacco — including cigarettes, beedis, pan masala, areca nuts, khaini and zarda — fearing their users’ tendency to spit would spread the coronavirus.
Shutterstock
Animesh Bisoee   |   Jamshedpur   |   Published 03.12.20, 02:06 AM

Those seeking government jobs in Jharkhand will from next April have to submit affidavits declaring they would not consume tobacco products in office or outside.

Stringent checking will be conducted at the state’s borders to prevent the entry of tobacco products for sale. (Individual visitors from other states are not banned from carrying their cigarettes or pan masala.)

These were among decisions taken at a meeting of the state tobacco control coordination committee in Ranchi on Tuesday.

In April this year, the Jharkhand government had banned the sale and use of all forms of tobacco — including cigarettes, beedis, pan masala, areca nuts, khaini and zarda — fearing their users’ tendency to spit would spread the coronavirus.

Tuesday’s meeting, chaired by chief secretary Sukhdev Singh, resolved to ensure compliance with the ban as well as the Cigarettes and Other Tobacco Products Act (Cotpa) 2003.

The 2003 act, passed by Parliament, prohibits the advertisement of tobacco products in India and mandates the regulation of their production, supply and distribution as well as trade and commerce in them.

“The committee has decided that from April 2021, anybody getting employment in Jharkhand’s government sector would have to submit an affidavit against consuming tobacco products not only in office but also outside,” the state’s nodal officer for the national tobacco control programme, L.R. Pathak, said.

“The state personnel department has been asked to frame the rules at the earliest so that the decision can be executed while filling vacancies from April next year.”

The deputy commissioners of the state’s 24 districts have been directed to ensure strict checking at all entry points from Bengal, Odisha, Chhattisgarh and Bihar with the help of the commercial tax department. All tobacco products being brought in for commercial purposes will be confiscated at these checkpoints.

“Since April this year, the sale of tobacco products has been banned in Jharkhand. However, after the unlock, there have been reports of tobacco products being brought in clandestinely from neighbouring states in commercial vehicles and being supplied to stockists in the bigger cities,” Pathak said.

“They (stockists) sell it through their networks to other outlets. We want to break this supply chain.”

In April, the state government had used its powers under the Disaster Management Act 2005 to ban the “sale and use of tobacco products in public places till further order”.

It had warned that violation would bring a jail term between six months and two years, or a fine of Rs 200 or both, under Section 188 of the penal code.

The Global Adult Tobacco Survey 2017 (GATS 2) shows that nearly 38.9 per cent adults in Jharkhand use tobacco in some form, said Deepak K. Mishra, executive director of the non-profit Socio Economic and Educational Development Society (Seeds) and member of the state tobacco control programme.