Advertisement
Home / Jharkhand / Thumbs up to election preparation in Dhanbad

Thumbs up to election preparation in Dhanbad

Dhanbad, Bokaro and Giridih are scheduled to vote on May 12 along with Jamshedpur and Singhbhum 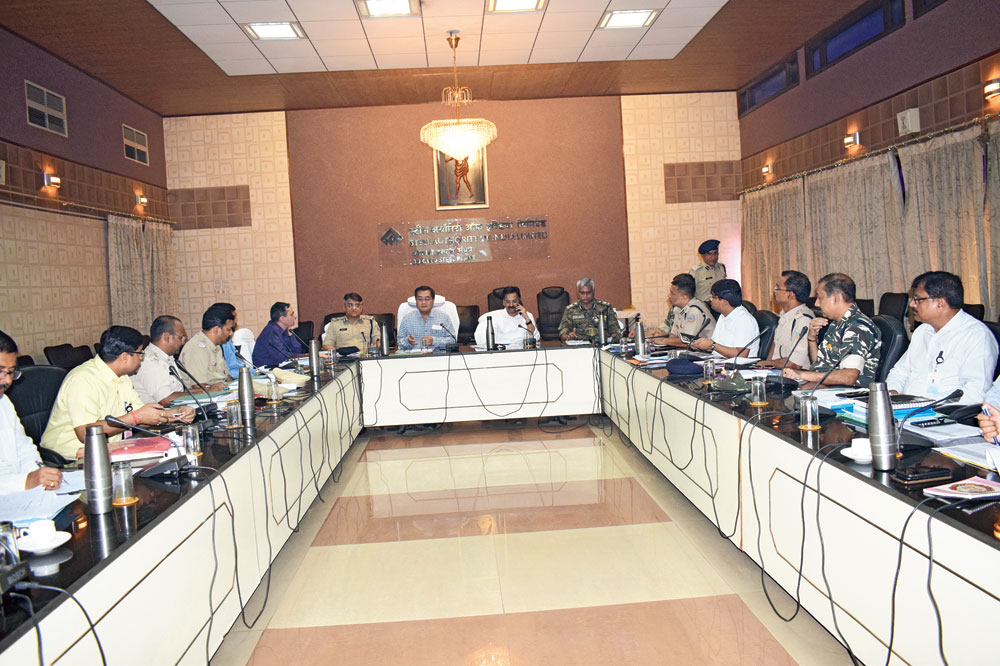 Chief electoral officer of Jharkhand L. Khiangte on Wednesday reviewed the administrative and security preparedness in Dhanbad and Giridih parliamentary constituencies ahead of the sixth phase of polling (third for the state) on May 12.

Khiangte held a three-hour meeting at Bokaro Niwas from 10.30am with Dhanbad DC A. Dodde, Bokaro DC K.N. Jha, Jharkhand Police IG (operations) Ashish Batra and senior officials of paramilitary forces on the despatch of polling parties to various booths, security arrangement in sensitive and hyper-sensitive booths and provision of amenities such as drinking water and sheds.

Dhanbad, Bokaro and Giridih are scheduled to vote on May 12 along with Jamshedpur and Singhbhum parliamentary constituencies.

Talking to media after the meeting, Khiangte said, “We made a complete review, ranging from the transportation of polling parties to the presence of basic amenities at the booths, and we are satisfied with the preparations.”

On the efforts to increase voter turnout, Khiangte said they had been conducting awareness drives in remote villages since the beginning of the election process.

“The voter helpline number (1950) and the app are working fine. Voters can use them to find information about the location of their booths. We have distributed voter slips to every house through block level officers. Those who have been left out, will get the slips in the next two days,” Khiangte said.

He said ensuring high voter turnout in urban areas had always been a challenge.

“However, we are working hard to ensure maximum participation. We have directed the authorities to provide shed and and drinking water at the maximum number of booths.”

Batra said the polling percentage in the state had witnessed an increase of around 10 per cent from the 2014 election during the first phase and and a rise of 2-3 per cent during the second phase.

“We expect the percentage to increase further as we have made all security preparations to make sure that the voters can exercise their franchise without fear,” he added.

On the Naxalite-affected areas in Bokaro, Batra said sufficient paramilitary and police personnel had been deployed in the sensitive areas.