Mucormycosis is a rare infection that affects sinus and nasal tract of the ailing, say doctors at Medica, Ranchi 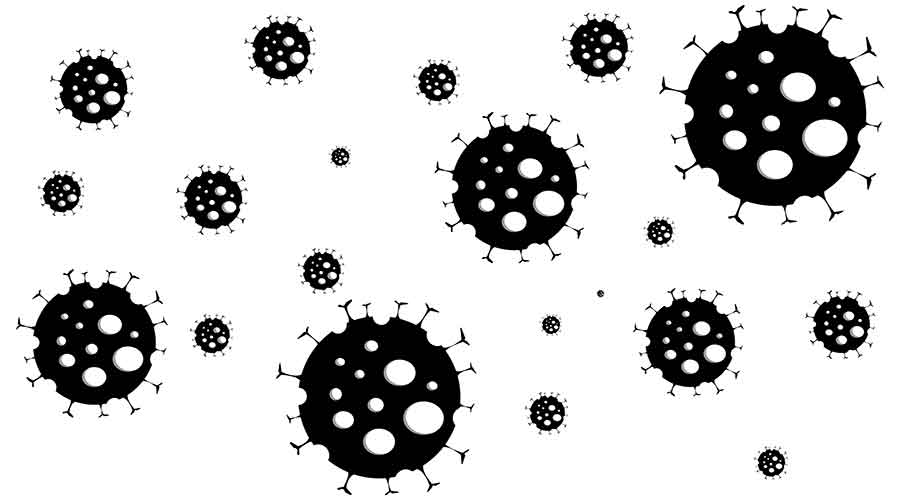 On Saturday, doctors at Medica had to surgically remove one eye of a 38-year-old man from Ramgarh who was suffering from black fungus after surviving a Coronavirus infection.
Shutterstock
Our Correspondent   |   Ranchi   |   Published 10.05.21, 07:37 PM

At least three cases of Covid-induced 'black fungus" have occurred in Jharkhand in the past 48 hours and all three patients have lost an eye during  course of treatment, doctors from Bhagwan Mahavir Medica Superspecialty Hospital in Ranchi said on Monday, warning about a possible increase in cases in the days to come.

Mucormycosis or black fungus is a rare infection caused by exposure to mucor mould found in soil, plants, manure and decaying fruits and vegetables. This infection usually affects the lungs, the nasal tract and the sinus of the patient and has a fatality rate of 50 per cent, say doctors. Previously called "zygomycosis" it has been affecting recovered or recovering Covid patients.

No other case of Covid-induced mucormycosis has been reported from any part of the state. But doctors do not rule out the possibility of more patients developing the disease but were unaware of its symptoms.

“We already have three patients of black fungus in our facility. Many patients are failing to identify the symptoms at an early stage and are seeking medical help only once their condition gets critical,” said Dr Anindya Anuradha, the ophthalmologist who operated the 38-year-old Ramgarh man on Saturday and is also treating the other two patients.

“We have flushed out the nasal track of the two patients who came to us today. The fungus has already damaged one eye of both the patients and we may have to go for a surgery if their condition deteriorates,” the opthalmologist said.

While the deadly fungus is less likely to get transmitted from one person to another, doctors say that it is occurring in Covid patients who had to be administered high doses of steroids during treatment. “Diabetic Covid patients who were administered high doses of steroids during treatment were particularly at higher risk,” Dr. Anuradha said, adding that people with immunocompromised diseases such as HIV should also stay cautious.

In the absence of timely treatment, which in most cases is removal of the eye, the virus may infect the patient’s brain and cause death, say doctors.

Last year also cases of Covid-induced black fungus were reported in New Delhi and other parts of the country. However, this is the first time that Jharkhand has reported such cases since the entry of the virus in the state in March 2020, say doctors.

With almost 78,000 cases of Covid-19 reported so far, Ranchi is the worst-affected district in Jharkhand in terms of caseload. Ramgarh, on the other hand, has reported over 11,000 Covid cases so far, according to government data.