Third bridge between Mango and Sakchi to come up soon 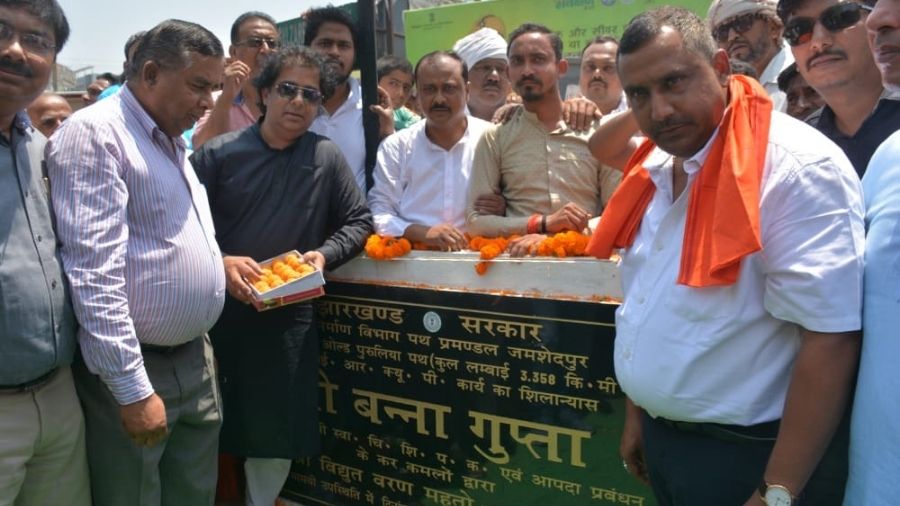 Residents of Mango can look forward to overcoming the problem of traffic snarls while negotiating through the existing Jai Prakash Narayan Setu ( or Mango bridge ) in the days to come as state health minister and local MLA from Jamshedpur West assembly constituency Banna Gupta on Saturday announced a third bridge connecting Mango with Sakchi.

He made the announcement during the inaugural function of the 3.5 Km Old Purulia Road, an important artery that underwent a complete reconstruction.

The road project entailed an investment of over Rs 3 crore.

"The state road construction department has completed the reconstruction work of the road. This will benefit a large section of people who negotiate through the road. I am also happy to announce a third bridge connecting Sakchi with Mango," he said adding that the third bridge would immensely benefit residents of Mango as the project will help in overcoming the problem of long traffic snarls.

Currently, people commute through the existing two bridges which is not sufficient to handle the increasing the traffic including that of heavy vehicles like trucks, trailers and buses.

Rough estimates suggest that currently the existing two bridges connecting Sakchi with Mango witness daily movement of over one lakh vehicles including two-wheelers, three-wheelers, and four-wheelers.

Mango residents were happy with the minister's announcement. "With the construction of the third bridge we can get rid of daily traffic congestion in Jai Prakash Narayan Setu and the connecting Dimna Road, ' said Anand Sinha, a teacher by profession and a Mango resident.