Taxman tabs on cash before polls 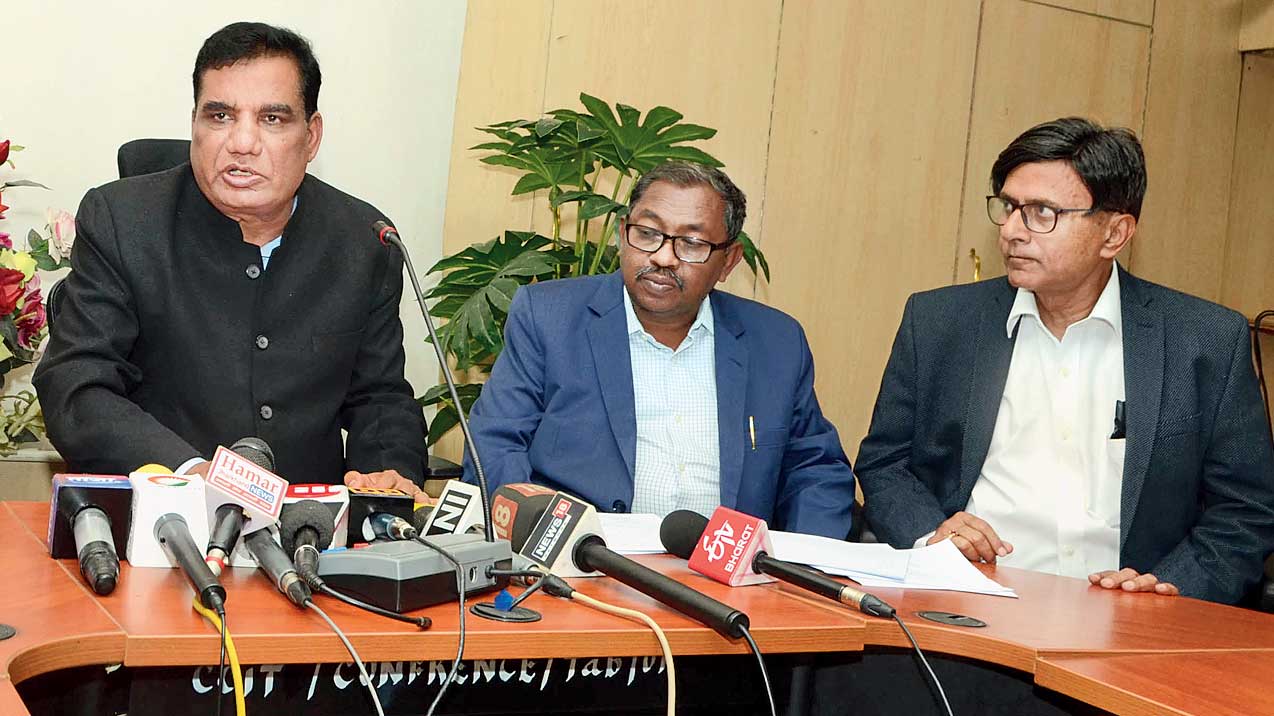 The I-T department is tightening its screws on the illegal movement of large sums of cash in view of the upcoming Lok Sabha elections.

Briefing the media on Thursday, Patna-based K.C. Ghumaria, principal chief commissioner of income tax (Bihar and Jharkhand), who was at Ranchi’s I-T headquarters Revenue Building, said people with Rs 10 lakh or above in cash would be questioned.

“To check the movement of black money during the upcoming general elections, our investigative branch has opened a special unit named Air intelligence wing,” Ghumaria said. “A 24/7 control room has been opened here (Revenue Building) with a toll-free number 18003456547. I invite anyone having information of suspicious cash transactions of Rs 10 lakh and above to inform this wing,” he said.

Addressing other concerns, Ghumaria said prosecution had been initiated in 66 of 150 cases, mostly in Ranchi, wherein people had made huge deposits of old notes (Rs 500 and Rs 1,000) in their bank accounts following demonetisation on November 8, 2016.

“These people have been given sufficient time and scope to explain their position, the source of this money and why they had it in such amounts, but they never turned up, compelling us to initiate prosecution,” Ghumaria said, adding offenders if found guilty might earn up to seven years of imprisonment.

He said action was initiated in 135 out of 837 cases related to clandestine transfer of tribal land in Deoghar by using daan patra (gift deeds).

Ghumaria said that tax of about Rs 84 lakh was received from 204 out of 1,200 assessees of Bokaro and Ramgarh districts who were earlier identified as having received illegal refunds on false grounds.

“While three FIRs have already been filled, we have also initiated action against some other offenders,” he added.

Central Board of Direct Taxes had fixed a target of collecting income tax worth Rs 14,962 crore from Bihar and Jharkhand during 2018-19, Ghumaria said, adding that of the target, Rs 9,635.5 crore had already been collected, including Rs 5,418.4 crore from Jharkhand. On tax collection, he said the combined growth rate of Bihar and Jharkhand was 12.3 per cent, very close to the national figure of 12.8 per cent.