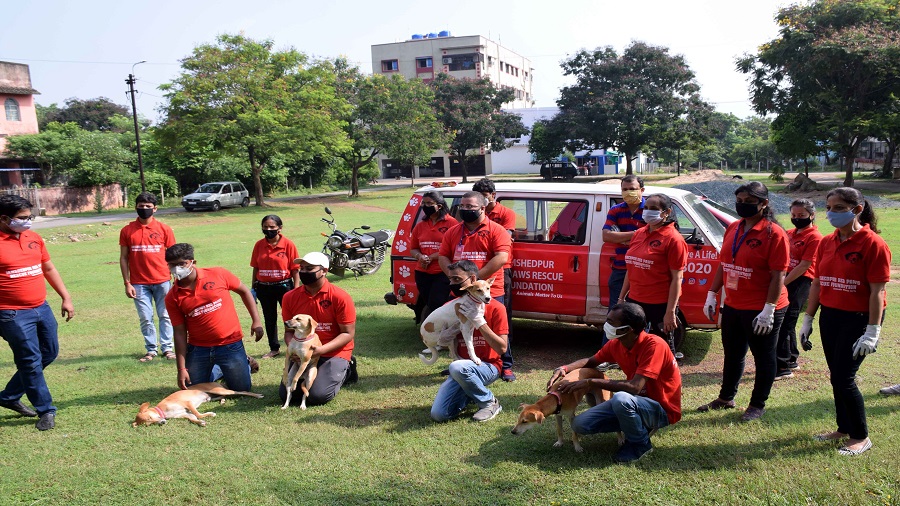 Tata Motors, as part of ongoing Tata Volunteering Week, will be supporting an active animal welfare group to hold a five-day drive to administer anti-rabies vaccines on strays in the steel city.

This will be the first time that Jamshedpur Red Paws Rescue Foundation will be getting much-needed support from the automobile giant.

The drive will be undertaken between 9.30 am and 12 noon on all five days, beginning on September 26, across different areas of the Telco township, including Kharangajhar, Plaza Market and Sector Market. Tata Motors is providing the vaccines. It will also provide reflective collars to be put on dogs after they are vaccinated.

The drive is being organised to commemorate World Rabies Day on September 28. It is observed annually to raise awareness about rabies prevention and to highlight progress in defeating this horrifying disease. September 28 also marks the anniversary of Louis Pasteur’s death, the French chemist and microbiologist, who developed the first rabies vaccine.

“We have set a target of over 100 stray dogs. The entire process of anti-rabies vaccination and putting on reflective collars on dogs will be executed by us. We are thankful to Tata Motors for its support,” said foundation founder Aniz Patel.

Patel said an 8-member team would be conducting the drive. “We have members who have the required experience of vaccination. We need to be very careful. We are looking to the endeavour,” Patel told The Telegraph Online.

Such a drive has rarely been conducted at Telco even though stray dogs are found in good numbers in the township maintained by Tata Motors.

Established in 2018, the foundation had on Sunday last conducted a “feed-the- stray drive” wherein members drove to different localities to provide food to dogs, cows, donkeys and pigs.

In July, it had conducted an anti-rabies vaccination drive across the steel city. Around 100 dogs were vaccinated and reflective collars put around their necks. The essentials were procured from Dinky Mart, a New Delhi-based NGO.