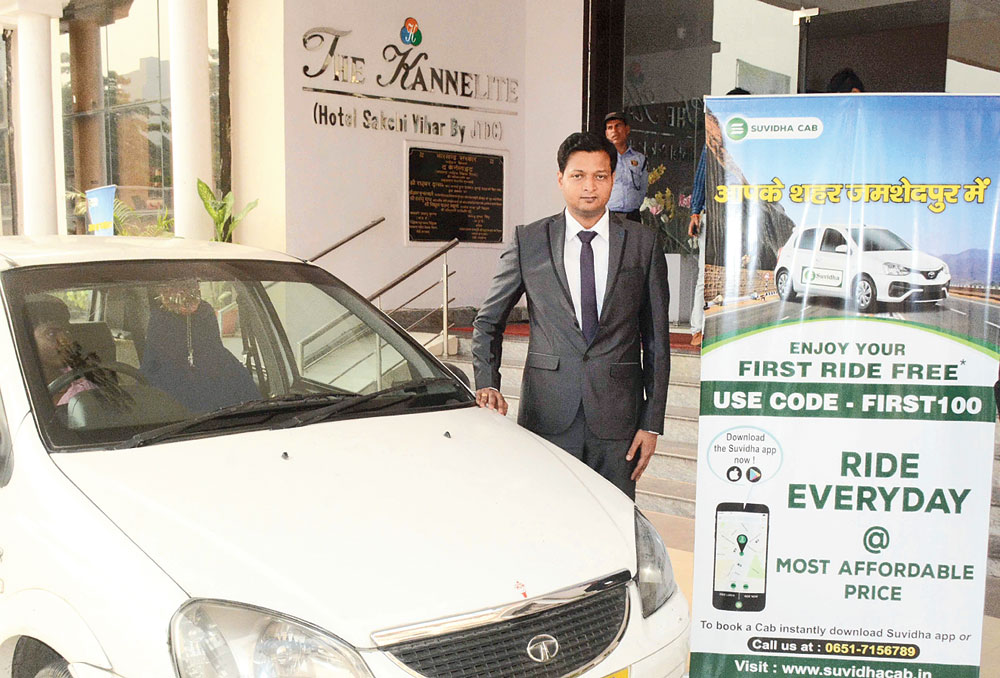 Taxi aggregator Ola is set to face stiff competition in the city with the launch of Suvidha Cab, which promises cheaper round-the-clock service that can be availed both offline and through app.

The cab service, which was launched in Sakchi on Wednesday, will also provide fixed rates for travel to picnics spots both in the city and other outstation locations from next week.

“We are providing a base fare that is 20 per cent less than our competitors. Apart from booking through our app that can be downloaded both on Android smartphones and iPhones, we have the option of phone booking (0651-7156789). However, booking over phone can be done only between 7am and 10pm,” Kundan Jha, Suvidha Cab’s operation head in Jharkhand, said. The base fare for Suvidha Cab is Rs 40.

Rates will be uniform throughout the day and there will be no cancellation charge.

“We will not have any peak period rate unlike our rival that charges 30-50 per cent more during peak hours. This will be helpful to office-goers and industrial workers. We will not impose any cancellation charge,” Jha added.

The cab service provider will launch dedicated rates for picnic hotspots next week. “Usually, the picnic season begins before Christmas and continues till February. We will have fixed rates for popular picnic spots such as Jubilee Park, Narwaphar, Dalma, Dimna, Chandil Lake and even waterfalls in Ranchi,” Jha said.

Suvidha Cab also plans to provide emergency service from New Year. “If there is an emergency past midnight and the app does not show any cab nearby then users can give us a call on our landline number, which will be open 24x7 from January. Our cab will rush to the location within 30 minutes. We have tied up with local cab providers who will have drivers enlisted for such service,” said Mantu Singh, the Jamshedpur in-charge of Suvidha Cab.

At present, the company has a fleet of 75 cars.