Atyendra died in firing from the service revolver of his mother’s bodyguard, who was escorting him in an SUV to the airport 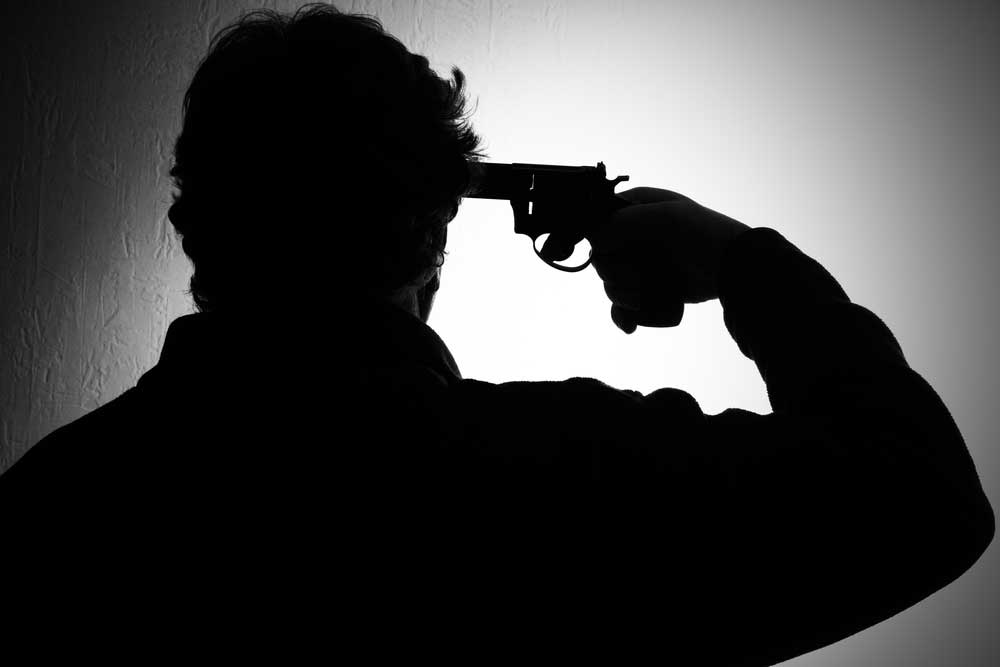 Minutes after changing hands, the revolver went off with a bullet piercing the left side of Atyendra’s chest.
(Shutterstock)
Our Correspondent   |   Ranchi   |   Published 29.12.18, 08:05 PM

The 25-year-old son of the IPS officer, who died of a bullet wound on his way to Birsa Munda Airport on Friday morning, might have had a suicidal tendency, police believe.

Top sources in Jharkhand Police said investigation had revealed that around one-and-a-half-year ago, Atyendra Anvesh Mishra had tried to slit his wrist.

“Not only the family of ADG Tadasha Mishra, but the entire police force of Jharkhand is under shock following the incident. We are trying to verify whether the young man had any suicidal tendency. So far it looks more like a case of suicide. Atyendra was depressed,” an IPS officer said.

Atyendra died in a firing from the service revolver of his mother’s bodyguard Dilip Kumar Sinha, who was escorting him in an SUV to the airport.

Sources said a reluctant Atyendra was supposed to catch a flight to Bangalore to pursue an MBBS degree at a private medical college.

Bodyguard Sinha, who has been placed under suspension, was questioned by top cops and the crime was recreated.

In his police statement, Sinha said the young man wanted to take a look at his licensed and loaded firearm.

Minutes after changing hands, the revolver went off with a bullet piercing the left side of Atyendra’s chest.

He was rushed to Bhagwan Mahavir Medica Super Specialty Hospital in Bariatu where doctors declared him brought dead.

“This is a serious breach of police manual. A policeman can’t hand over his weapon to anybody, no matter how powerful the person for whose security he has been deployed is. Such basics are taught during training. This is serious lapse on the bodyguard’s part and he is liable to be terminated from the service,” ADG (modernisation) R.K. Mallick said.

Ranchi DIG AV Homkar said a case of unnatural death had been registered.

“Forensic experts have collected samples from the crime site. We have still not arrived to any definite conclusion on whether he committed suicide or it was a case of accidental firing,” Homkar said.

Atyendra was the only son of ADG Mishra, a 1994-batch IPS officer who is currently posted as special secretary in the state home department.