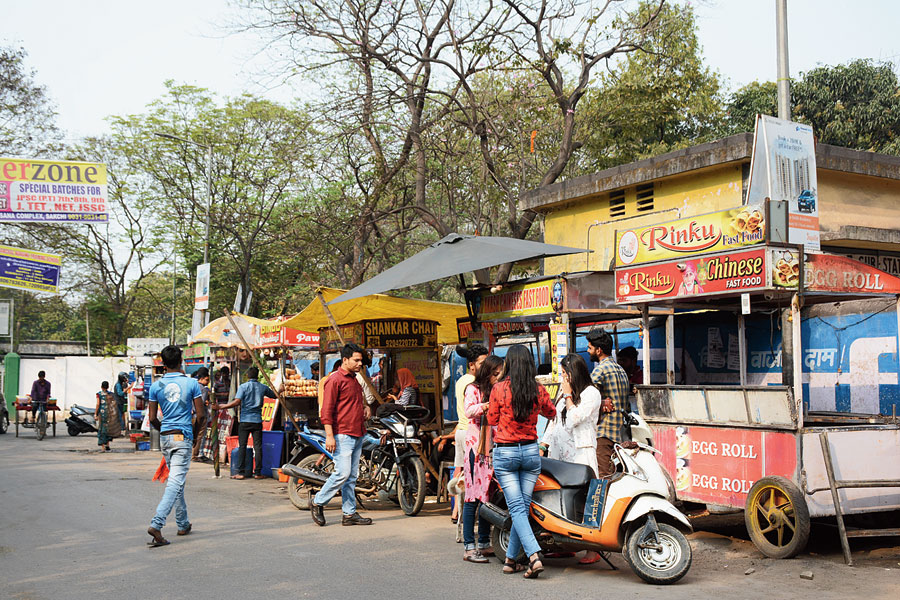 Government-authorised street-food hubs will start in Jamshedpur and Ranchi as a pilot project by mid-2020.

The health department after getting reports from district administrations has selected Bistupur and Kadma in the steel city and Morabadi, Firaylal Chowk, Jail Mor, Lalpur Chowk and Dangratoli Chowk in the state capital for developing “clean street-food hubs”. The locations in both cities witness huge crowds during the evenings and afternoons for street delicacies.

“We want to develop the favourite food joints in the two cities on a pilot basis as clean street-food hubs in accordance with the guidelines of the Food Safety and Standard Authority of India (FSSAI) at the earliest,” said state health minister Banna Gupta. “We would want to provide residents of the two cities opportunities to taste favourite street-food items cooked under hygienic and specified quality parameters at the earliest.”

All the street-food hubs have to get certification from FSSAI-designated food safety officers.

“The food business operators had to get training under the Food Safety Training and Certification Program (FoSTaC) designed by FSSAI, the national food regulator,” said a senior health department official looking after food safety issues, who spoke under cover of anonymity because he is not authorised to brief the media.

“Training partners (large food institutions approved and empanelled by the FSSAI) have already conducted workshops on FoSTaC for street vendors both in Jamshedpur and Ranchi. The site selection has been done by Ranchi SDO (sub-divisional officer) and Dhalbhum SDO (looking after Jamshedpur) and they would be coordinating with respective civic bodies for provision of quality drinking water, washrooms and other parameters,” the health official added.

Each shop will have to apply for the certification through the district food safety officer and only after an audit by FSSAI-appointed third party on hygiene and quality aspects will it be eligible for the clean street-food hubs. The Ranchi Municipal Corporation and Tata Steel Utilities and Infrastructure Services Limited (formerly Jusco) will have to provide RO drinking water and washroom facilities for the visitors.

“We hope to get the clean street-food hub project started in the next five-six months in both Jamshedpur and Ranchi on a pilot basis and apply with the FSSAI for their audit,” said Dr U.C. Sinha, the nodal officer on food safety issues in the health department. “Shopkeepers have to be registered with the civic body and licensed under the FSSAI and should display the registration and license number outside their shops. Cooks and staff would have to wear gloves, aprons and caps to maintain hygiene,” Sinha said. “RO water should be available for visitors. Food should be served in stainless steel utensils and there would be no plastic plates or cups.”