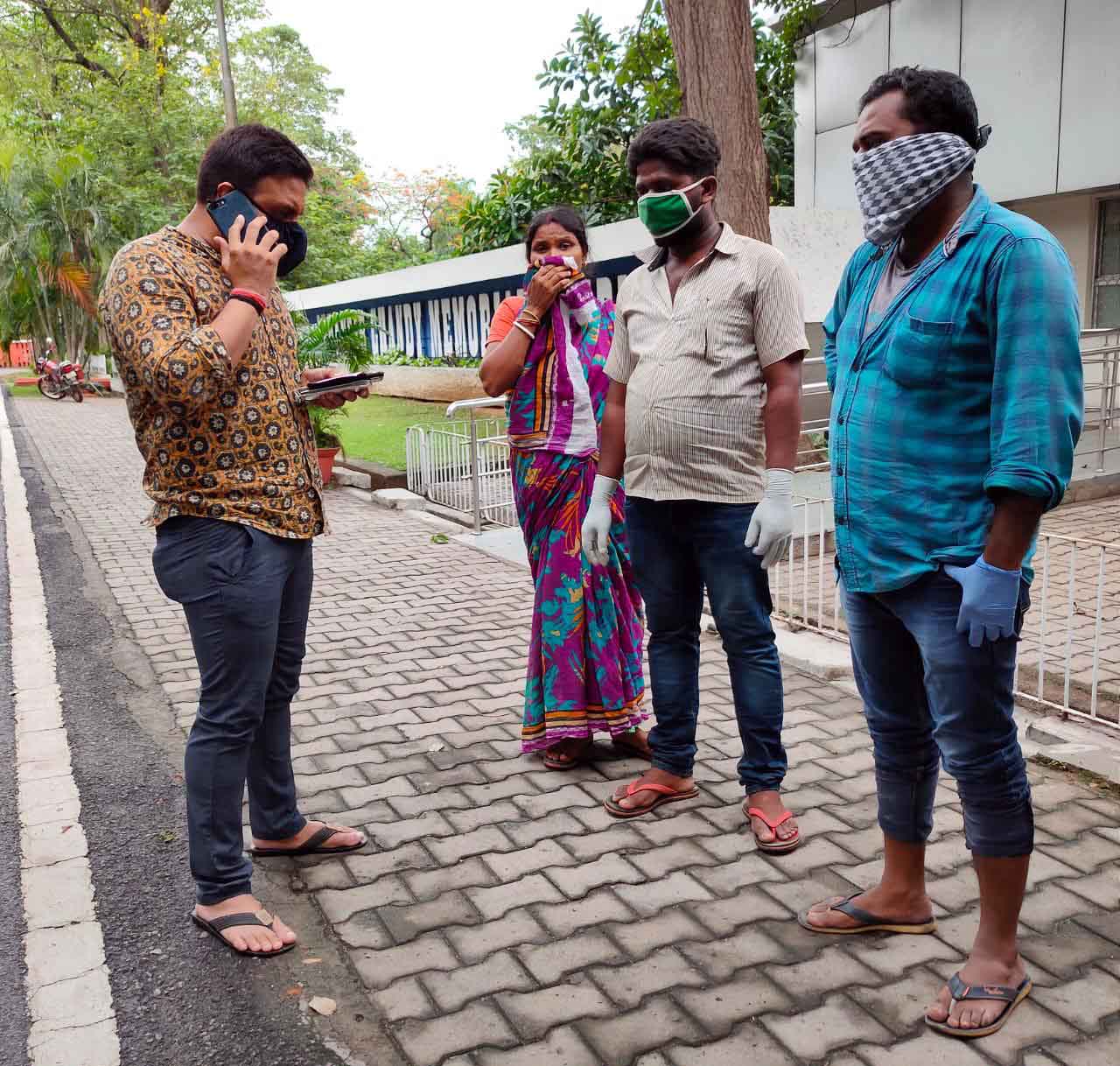 A small step, or in this case, a tweet, can bring about big help.

Former Baharagora MLA Kunal Sarangi, pained at the plight of 16-year-old girl, Jyoti Rani Ojha, who was rushed to Tata Main Hospital with 60 per cent burn injuries on Sunday, took to Twitter for aid.

He tweeted for help to bring back her father, Ratan Ojha, who was stuck at Ernakulum, in Kerala, where he works as a daily wager.

Jyoti and her family are residents of Kalapathra panchayat in Chakulia block of Ghatshila sub-division.

Her mother and neighbours brought her to the hospital with critical burn injuries to be admitted to the Intensive Care Unit (ICU), where she is struggling for life.

“I wanted to somehow bring back her father who is stuck in Kerala. I tweeted to Kerala chief minister Pinarayi Vijayan, Kochi police and Chandni Srinivasan, a mental health counsellor associated with Kiran Bedi's India Vision Foundation,” Sarangi told The Telegraph Online.

Srinivasan responded within an hour of the tweet and arranged for a flight ticket for the girl’s father from Kochi to Ranchi on Tuesday.

He will fly by the IndiGo flight from Kochi and reach Ranchi at 3.20pm from where he will travel to Jamshedpur by road.

Srinivasan, who originally hails from Kerala but was currently in Bokaro for an assignment said, “It’s a sad situation. We can imagine the mental trauma the father is going through. I pray to God that the girl recovers and meets her father. The presence of her father will provide moral support to the girl and the family.”

Ojha thanked the former MLA for the help and Srinivasan, who arranged the flight ticket.