At busy Lalpur Chowk, Nucleus Mall and Jail Mor, commuters without helmets or triple-riders still had a free run 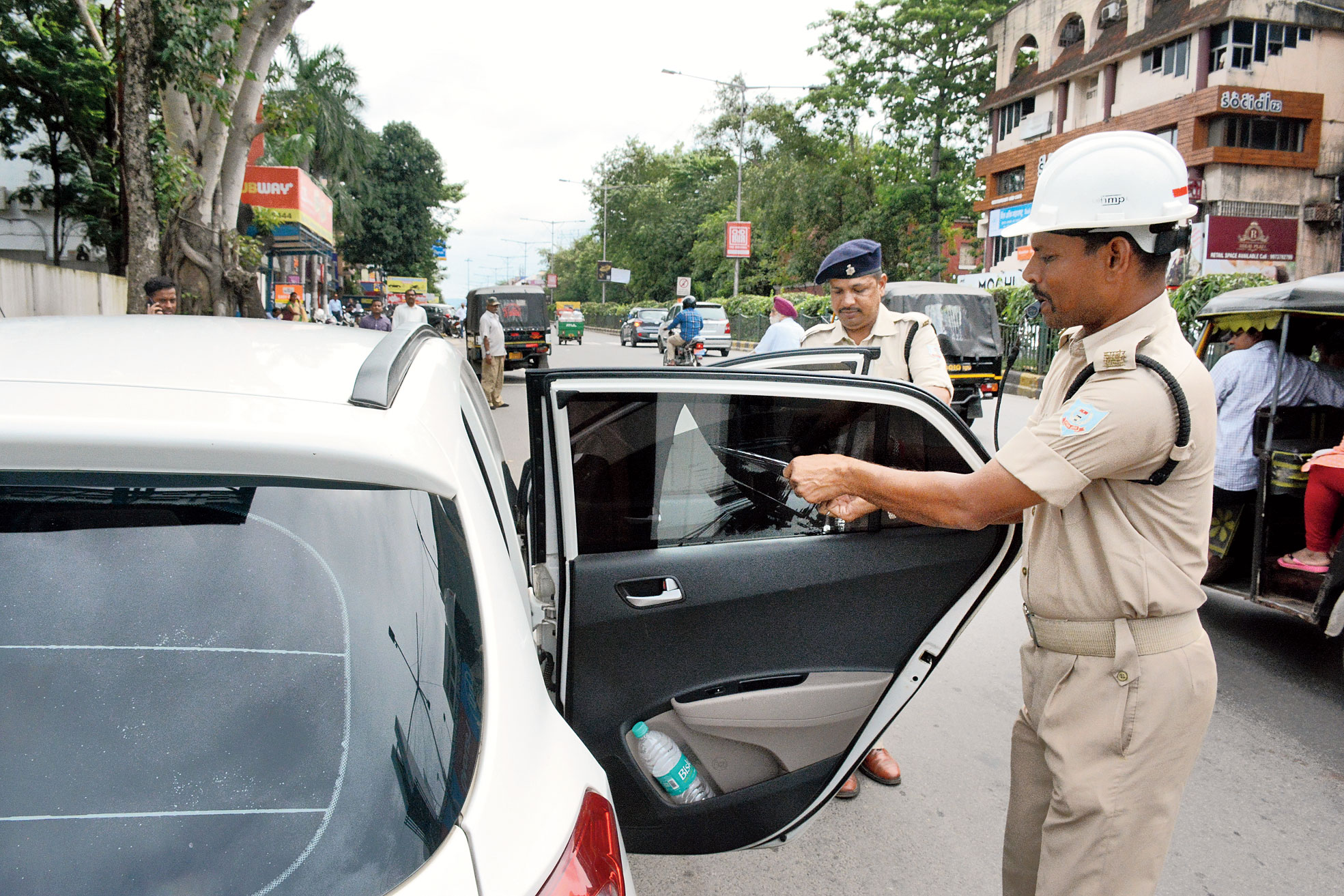 Steep fines for traffic violations, passed through the amended Motor Vehicles Act in Parliament, were enforced in the capital and in the steel city on Tuesday, the move already creating ripples of fear among offenders.

Ranchi traffic SP Ajit Peter Dungdung told this paper that the first e-challan under the new rates was issued to Suraj Tirkey, a resident of Nagra Toli, Circular Road, for Rs 6,000. The challan was issued at 6.16pm at Radium Chowk under Chutia traffic police station, one of the four in the capital, for driving without licence and triple-riding.

At Kutchery Chowk, four traffic cops with handheld e-challan digital devices were intercepting violators and listening to profuse apologies with deaf ears. “Sir, it will never ever happen again,” said a biker caught without a helmet and asked to pay up Rs 1,000 under the new system. Many riders without helmets quickly took lanes and bylanes, said another commuter.

But at busy Lalpur Chowk, Nucleus Mall and Jail Mor, commuters without helmets or triple-riders still had a free run. Reason: traffic constables did not have their handheld e-challan digital devices.

In Jamshedpur, the steep fines kicked in on Tuesday, again a couple of days late owing to the massive nagar kirtan or religious procession of Sikhs on Sunday and Ganesh Puja on Monday, said traffic DSP Shivendra.

Traffic police on Tuesday carried out simultaneous helmet checks in as many as five traffic police station areas from 11am to 1pm. As many as 17 bikers had to pay up Rs 1,000 each for getting caught without wearing helmets in Bistupur, Sakchi, Jugsalai, Mango, Golmuri and Mango.

“Many people did not know that traffic fines had increased so much,” the DSP said. He pointed out that of those penalised for riding without helmets, six were from Bistupur, four from Jugsalai, three in Golmuri, and two each from Mango and Sakchi.

One of the riders, Saurabh Kumar, 36, said he paid Rs 1,000, but claimed he had his helmet but had just taken it off to receive a call on his cellphone when a traffic cop caught him. “It’s just bad luck,” he said.

In Dhanbad, police had started conducting their drives under the new traffic rules since Sunday, September 1. On Day One, fines to the tune of Rs 42,500 were collected. On Day Two, Rs 15,000 was collected for riding without helmets and drunken driving. The amount for Day Three, Tuesday, was not yet collated when the report was filed, traffic DSP, Dinesh K. Gupta said.