Facility based at community hall of Biswajeet Manimela ground in Bistupur 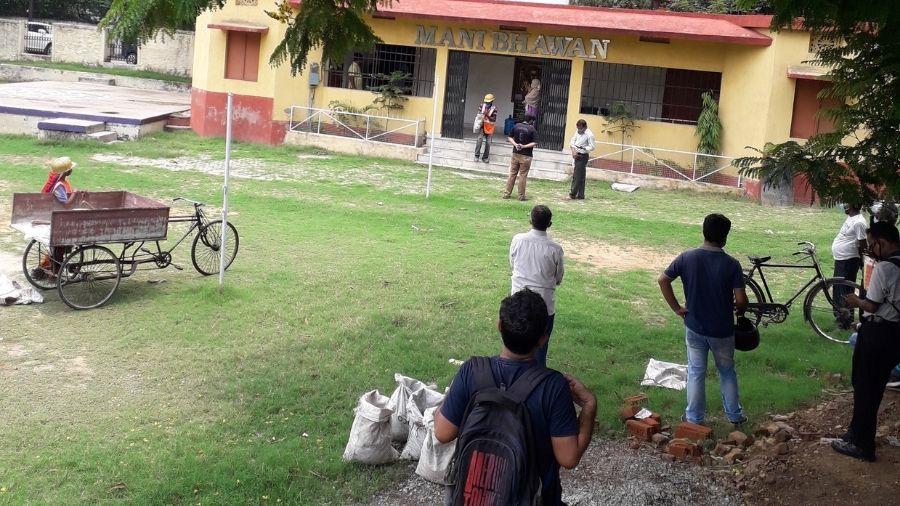 The East Singhbhum district administration has ramped up Covid testing in steel city with addition of one more centre that's working out of the community hall at Biswajeet Manimela ground at Bistupur here on Tuesday.

With Covid cases witnessing a spike in Jamshedpur, the district administration swung into action to set up an additional testing unit.

Over 40,000 people have so far tested positive for Covid-19 in the past one year during the first and second waves of the pandemic in East Singhbhum. Two persons were the first to test positive at Chakulia (in East Singhbhum) in May last year.

The drive to ensure people were masks and two-wheeler drivers helmets was conducted near Azad Marriage Hall in Azadnagar. But local residents gathered and protested against the campaign. They said police were slapping fines on people at a time when shops were closed and business was adversely affected. Police later discontinued the drive and returned from the spot.

Police are conducting similar drives at various other areas of the steel city.