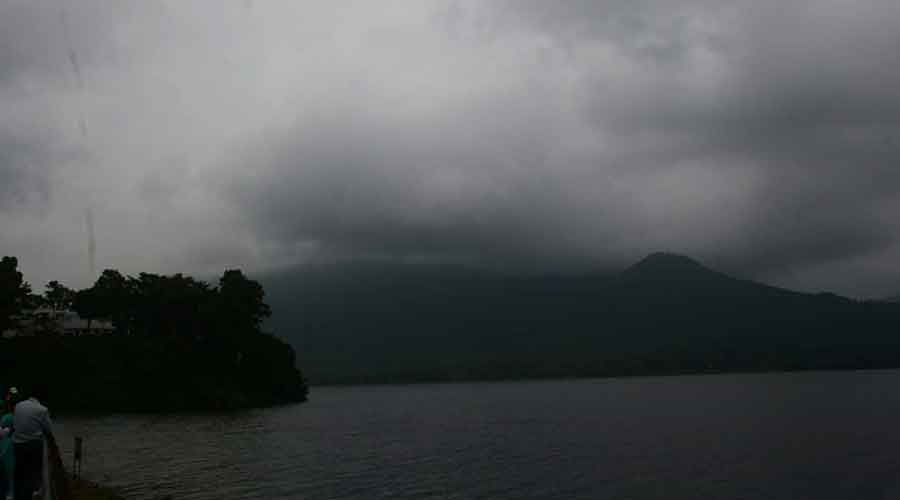 A low-pressure area over south-east Jharkhand coupled with an associated cyclonic circulation triggered heavy rain in Kolhan in the past 24-hours.

Jamshedpur recorded the highest rainfall of 94.5 mm followed by Chaibasa in West Singhbhum which experienced 89.6 mm of rain. Rainfall over 64.5 mm is considered heavy in Met parlance.

Chandil near Jamshedpur recorded 70 mm of rain while Arki in Khunti recorded 60 mm of rain.

Capital Ranchi witnessed 26 mm of rain while Lohardaga and Ramgarh recorded over 20 mm of rain.

Jamtara, Ramgarh, Bokaro, Chatra, Hazaribagh, Jamtara, Daltonganj and Dumka also received a good spell of rain during the past 24- hours.

Satellite pictures suggested that the low-pressure and the associated cyclonic circulation was extending up to 5.8 km above mean sea level.

The monsoon trough at mean sea level was on Wednesday passing through southeast Jharkhand and Balasore in neighbouring Odisha.

Weathermen hinted at formation of another cyclonic circulation and a low pressure area over east central Bay of Bengal around September 24, Friday.

The system is expected to result in widespread rainfall activity in Jharkhand and neighbouring Odisha.

Meanwhile, the heavy rain in Jamshedpur during the past 24 hours resulted in opening of three radial gates of the Dimna lake dam on Wednesday due to rising water level at the Dimna Lake, an artificial reservoir.

Officials of Tata Steel Utilities and Infrastructure Services Limited ( formerly Jusco ), a Tata Steel subsidiary which  looks after the maintenance and upkeep of Dimna lake said  the radial gates of the dam were opened after six years.

Monsoon rain statistics revealed that so far the state has received 962.1 mm of rain against a normal of 999.3 mm, a deficit of four per cent.

IMD's Ranchi Met Centre this afternoon issued the forecast of light to moderate rain accompanied by lightning and thunder over various districts of Jharkhand during the next 48 hours.

An alert of heavy rain was also issued in isolated places during the next 24-hours.