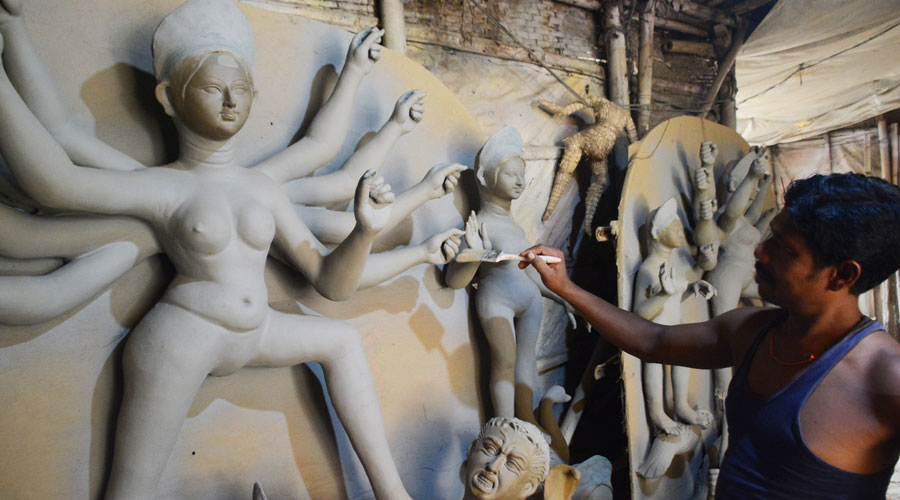 The Jamshedpur Durga Puja Kendriya Samiti has decided to cancel Basanti Durga Puja and Ram Navami celebrations for the second consecutive year due to the second wave of Covid-19.

The Ram Navami procession in the respective localities of varios Akhara committees was supposed to be taken out on April 21.

The steel city witnesses as many as 14 Basanti Durga Puja and altogether there are 175- odd Ram Navami Akhara committees including 149 licenced ones.

Last year, Basanti Durga Puja and Ram Navami were organised with minimal arrangements due to the lockdown.

"Concerned over rising cases of Covid-19 and the government imposed restrictions, we have asked the  organisers of Basanti Durga Puja and Ram Navami Akharas to cancel all celebrations including cultural programmes and processions. However, to keep the tradition alive symbolic puja will be done with smaller idols, " said Ram Babu Singh, general secretary of JDPKS.

According to the decision of the state government, the night curfew was implemented from Thursday between 8 pm and 6 am on Friday.

Police had to force shops to close beyond 8 pm at several places in Mango and Sonari.