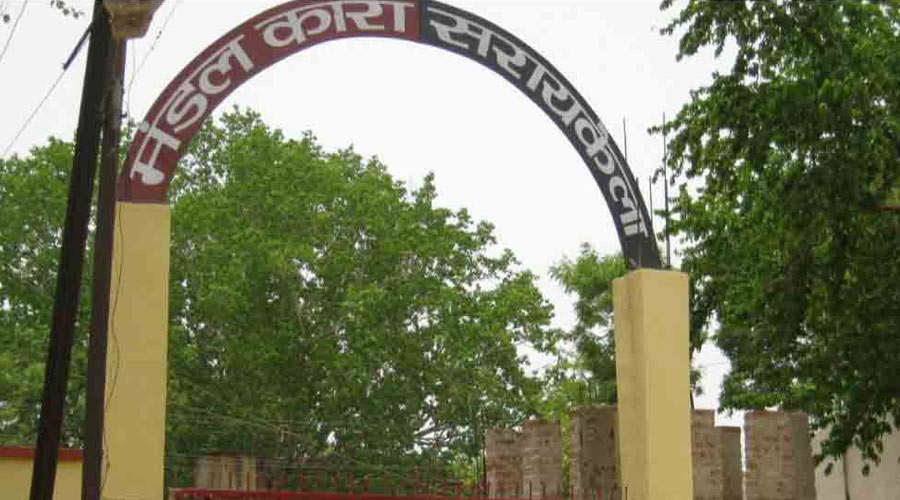 Jamshedpur: Top naxal leader Prashant Bose who was arrested recently is likely to be shifted to Hotwar Central Jail in Ranchi soon.

Inspector general, Prison, Manoj Kumar is learnt to have given a positive signal to the Seraikela divisional jail superintendent, Himani Priya after the latter had sent a mail requesting the state prison authority about the shifting of Bose to the Hotwar Central Jail from Seraikela for security reason.

"After sending a mail recently, I had talked to the IG, Prison on Saturday in this context. The IG (Prison) has replied that it is a genuine case for shifting of a high profile undertrial to a security jail like Hotwar Central Jail. He assured he will take a decision in this regard soon, " said Himani Priya while talking to The Telegraph Online.

Prashant Bose (80), who is a Politburo member of the outlawed Naxal outfit, CPI-Maoist, was arrested along with five others, including his wife Shila Marandih from Kandra police station area of the Seraikela-Kharsawan district on November 12. Shila Marandih (76) has also been taken into police remand is presently undergoing treatment in RIMS.

Meanwhile, OC, Kandra thana informed that a police team has left for Ranchi to bring Bose and others back to the Seraikela before the police remand period gets over.

Dhanbad: On a day, when Maoists blew up a track between Richuguta and Demu stations of Coal India Chord section of Dhanbad Railway division as a protest against the arrest of top leader Prashant Bose, a high-level team of Asansol division of Eastern Railway led by Parmanand Sharma, Divisional Railway Manager of Asansol visited Jamtara and Chittaranjan railway stations of Dhanbad division and took stock of passenger amenities and other facilities.

He also interacted with passengers and their representatives including the member of the Divisional Railway User Consultative Committee, Somnath Singh during the inspection.

Singh also demanded the stoppage of the Sealdah Balia train at Jamtara Railway station. Sharma in turn assured to send a proposal in this regard to the Railway as designating the stoppages of mail and express trains is beyond his jurisdiction.

Talking to media on the sidelines of the inspection, Sharma said “The inspection was carried out to take stock of preparation of the scheduled visit of general manager of Eastern Railway Arun Arora on December 17 during which he will inspect Chittranjan and other railway stations of the Asansol Division”