The rally from Shahid Chowk to the Raj Bhavan in Ranchi will have members of trade unions, farmers’ organisations, student unions, social outfits, Jesuits and academics 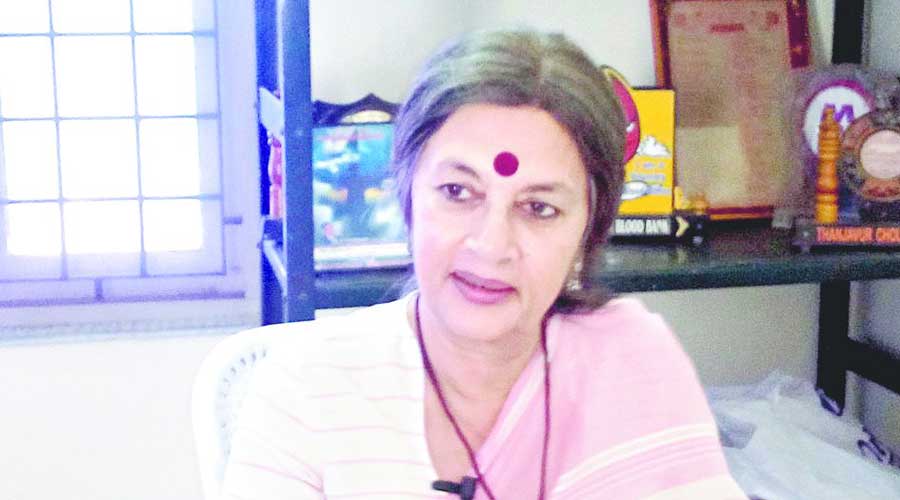 CPM politburo member Brinda Karat will lead a delegation to the Jharkhand governor on Thursday to submit a memorandum protesting against the custodial death of Father Stan Swamy and demanding repeal of the Unlawful Activities (Prevention) Act.

“Brinda Karat will arrive in a flight to Ranchi on Thursday morning. She will reach Shahid Chowk at Ranchi around 11am and lead the delegation to meet new governor Ramesh Bais and hand over the memorandum addressed to President Ram Nath Kovind protesting against the custodial killing of tribal rights activist and Jesuit priest Fr Stan Swamy and demanding the repeal of the UAPA,” said Jharkhand CPM secretariat member Prakash Viplav.

The delegation will also have tribal rights activist and writer Dayamani Barla and leaders of non-BJP parties.

“We have got confirmation from the RJD and the Congress and are also expecting leaders from the JMM to be part of the delegation. All non-BJP parties have endorsed our demand for the repeal of the UAPA and the release of rights activists lodged in jail under the law. But we will have to limit the attendance at the rally near the Raj Bhavan due to Covid restrictions,” Viplav said.

The rally from Shahid Chowk to the Raj Bhavan in Ranchi will have members of trade unions, farmers’ organisations, student unions, social outfits, Jesuits and academics, apart from political parties, converging under the banner of Shahid Father Stan Swamy Nyayik Sangarsh Morcha.

Similar memoranda addressed to the President will be submitted to the governors of other states by a central-level coordination committee comprising members of trade unions, student and farm unions on different dates this month.

“The death of 84-year-old Father Stan Swamy was nothing but a custodial killing done by the central government to suppress the voices of dissent. We would not sit idle and raise our voice against this act across the country till action is taken against officials responsible for his death,” said Jharkhand Aituc general secretary P.K. Ganguly.

Father Stan had been lodged in Taloja Central Jail since October 9, 2020, after his arrest from his Bagaicha residence in Namkum near Ranchi the previous day by the National Investigation Agency in connection with the Elgaar Parishad-Maoist links case. He was charged under UAPA provisions.

However, there was not a single trial and his bail petition citing health issues and poor medical facilities at the jail was denied by the NIA special court four times. Father Stan passed away on July 5 while undergoing treatment under custody at the Holy Family Hospital in Mumbai.

Chief minister Hemant Soren will pay his last respects to Fr Stan at a memorial service on Thursday at Bagaicha, the social integration organisation set up by the priest at Namkum near Ranchi.