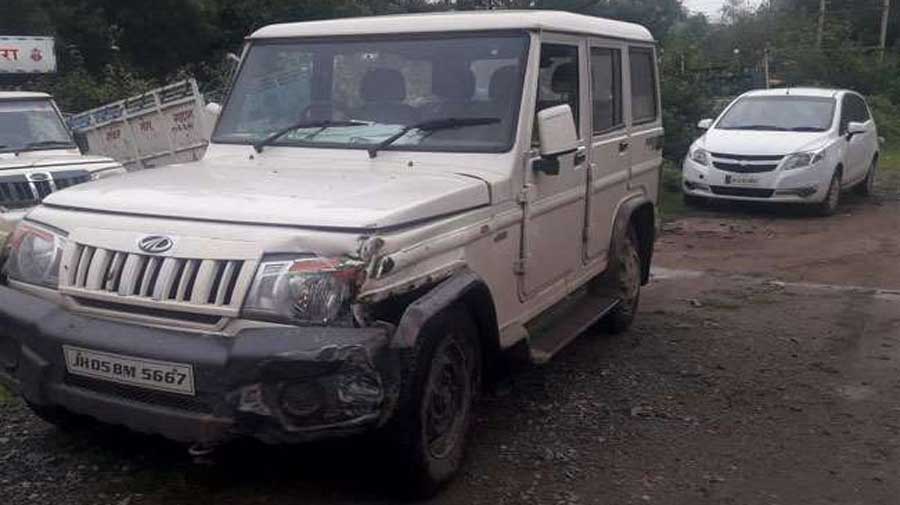 A speeding SUV crushed a woman to death after one of its tyres burst at Hadari in Barkatha on GT Road, around 65km from Hazaribagh.

The SUV was on its way to Jamshedpur from Patna and travelling on the Ranchi-Patna highway. But at Barhi, it took the route towards Dhanbad.

After one of its tyres blew out, the vehicle hit 42-year-old Meena Devi and a youth. Meena died on the spot whereas youth sustained severe injuries.

The driver was caught by villagers who broke the windows of the SUV. The owner of the SUV, who was travelling with his wife, was taken into custody.

Villagers blocked the road for some time to protest the incident. The injured youth, Sunil Kumar Yadav, 23, is undergoing treatment at Hazaribagh medical college and hospital where his condition is said to be critical.

Eighty-one people were discharged from various Covid-19 treatment facilities in Dhanbad on Tuesday.

The patients have been instructed to remain in home quarantine for the next 14 days.

Dhanbad MLA Raj Sinha on Tuesday handed over to police an anonymous letter sent to him by a woman from Hazaribagh in which she cautioned the BJP leader about an alleged murder plan.

The letter contains the mobile phone numbers and addresses of the suspects. The police have launched an investigation.

Dhanbad police have arrested three persons in connection with a clash on Monday between supporters of Janta Mazdoor Sangh and Baghmara MLA Dhullu Mahto at the BCCL mine patch in East Basuria.

Private miner Dhansar Engineering Company is excavating for coal in the area on behalf of BCCL.

The sides fired gunshots on Monday during a bandh called by the Janta Mazdoor Sangh.

Former Dhanbad mayor Chandrashekhar Agarwal on Tuesday met the deputy commissioner, Uma Shankar Singh, and requested him to take up the issue of constructing an additional underpass near the Gaya bridge to smoothen the flow of traffic.

Agarwal drew Singh’s attention to the fact that the railways had already cleared the proposal for the underpass more than a year ago. The state government can execute the project with the help of the railways by paying it Rs 5 crore, Agarwal said.

A team of excise department officials on Monday raided illegal liquor dens at Balugadda and Nai Duniya areas of Jharia and seized over 100l of country-made liquor, besides raw material like jawa.

The team of Jharia policemen, however, could not arrest the operators of the depots.

The Palamau Zila Adhivakta Sangh Bhavan in Daltonganj will be sealed for three days from Wednesday.

Sinha said the building will be sanitized in the three days. He said the lawyers have been advised to work from home.

Although the Bar Association has around 550 members, samples for only 160 lawyers out were collected.