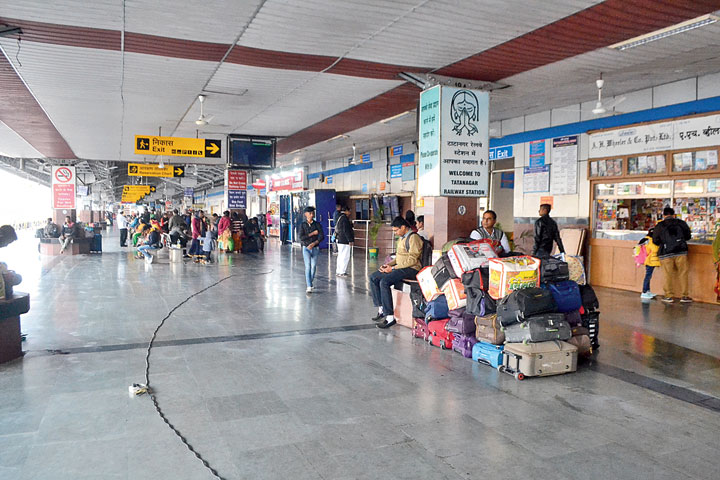 Chakradharpur railway division has initiated talks with a few private parties for opening a health spa and a restaurant on wheels at Tatanagar, the division’s busiest railway station.

“A couple of private parties have evinced interest in opening health spa facility on the station premises,” said Manish Pathak, senior divisional commercial manager (Chakradharpur). “We will soon complete necessary formalities including the tender process for a spa which will have all modern facilities including massage.”

Tatanagar, which witnesses a daily footfall of over 50,000 passengers, will be the first station under South Eastern Railway zone to have a health spa on the platform.

“A coach of a passenger train would be converted into a restaurant and would be placed on a track outside the station like a locomotive (train engine) is currently displayed outside the Tatanagar railway station,” said Pathak.

The restaurant will a kitchen and dining and waiting areas, he added.

Pathak said there were also plans for a rooftop restaurant at the new second entry at the Burmamines end.

“We have enough space at the Burmamines end. Once the second entry is connected with the new foot overbridge the footfall of passengers will increase. We will then add several passenger amenities at the second entry including a rooftop restaurant,” Pathak said.

The base kitchen, which supplies meals to passenger trains passing through Tatanagar, may also be shifted from the first floor to the ground floor, he said.

The Chakradharpur division has roped in Indian Railway Catering and Tourism Corporation ( IRCTC) for renovating 10 dormitories on the first floor, all of which will be functional in the next couple of months.