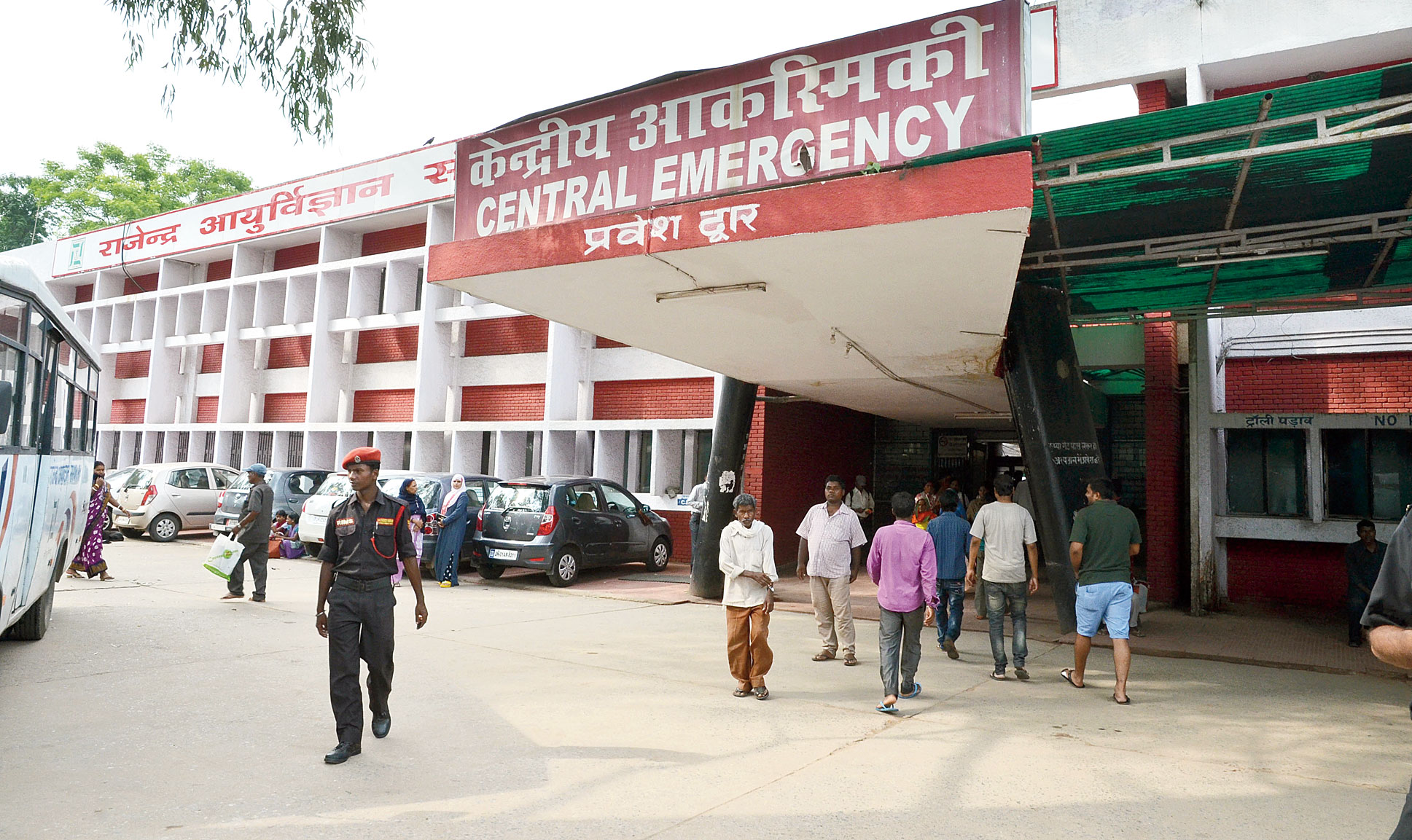 Lohardaga SP Priyadarshi Alok had a miraculous save in a road accident on Saturday around 11.45pm, barely 1km away from Nagri thana here, but his driver-cum-bodyguard Ramratan Singh was not as lucky.

In the wee hours of Sunday, Singh succumbed during treatment at RIMS to injuries received from iron rods loaded on a mini truck ahead of his vehicle. As the truck suddenly braked, the driver of the police vehicle had to follow suit, but came too close to the rods that pierced the windshield of the police vehicle and impaled the driver’s face and chest.

Originally from Giddi in Hazaribagh district, his body was sent home for last rites after post-mortem.

Ranchi rural SP Ashutosh Shekhar said their Lohardaga colleague (read SP Alok) was on his way to his district from Ranchi in his official vehicle, accompanied by his driver-bodyguard Singh and two other security guards.

“The deceased was driving the vehicle in moderate speed and at a safe distance from a mini truck carrying iron rods. SP Alok was seated at the back. Suddenly, the driver of the truck took a right turn without switching on the indicator or giving a hand signal, and applied brakes. It was so sudden that Singh (the driver), despite applying brakes, could not avert the accident. The iron rods of the truck pierced the police vehicle and subsequently Singh’s face and chest.”

The SP’s guards chased the truck driver who left his vehicle (JH01L 3698) and fled.

Police said the mini truck was registered on the name of one Rajkishore Prasad.

Nagri police and Ranchi city SP Sujata Kumari Veenapani rushed to the mishap spot to take the critically injured Singh to RIMS where he died during treatment.

Nagri OC Santosh Pandey said that an FIR had been lodged against the truck driver under Section 304 (causing death by negligence) of the IPC in which a maximum 10 years of imprisonment is prescribed.

Pandey said it was clearly a case of criminal negligence on the part of the truck driver.

“He did not switch on the indicator while turning right or wave his hand to alert drivers behind him. His mini truck was loaded with iron rods longer than the vehicle’s body by at least 10 feet, and that too at a low height, against transport rules. We found he neither put any red flags on iron rods nor wrapped them with jute or cloth as a precaution against injury to people in other vehicles,” said Pandey.