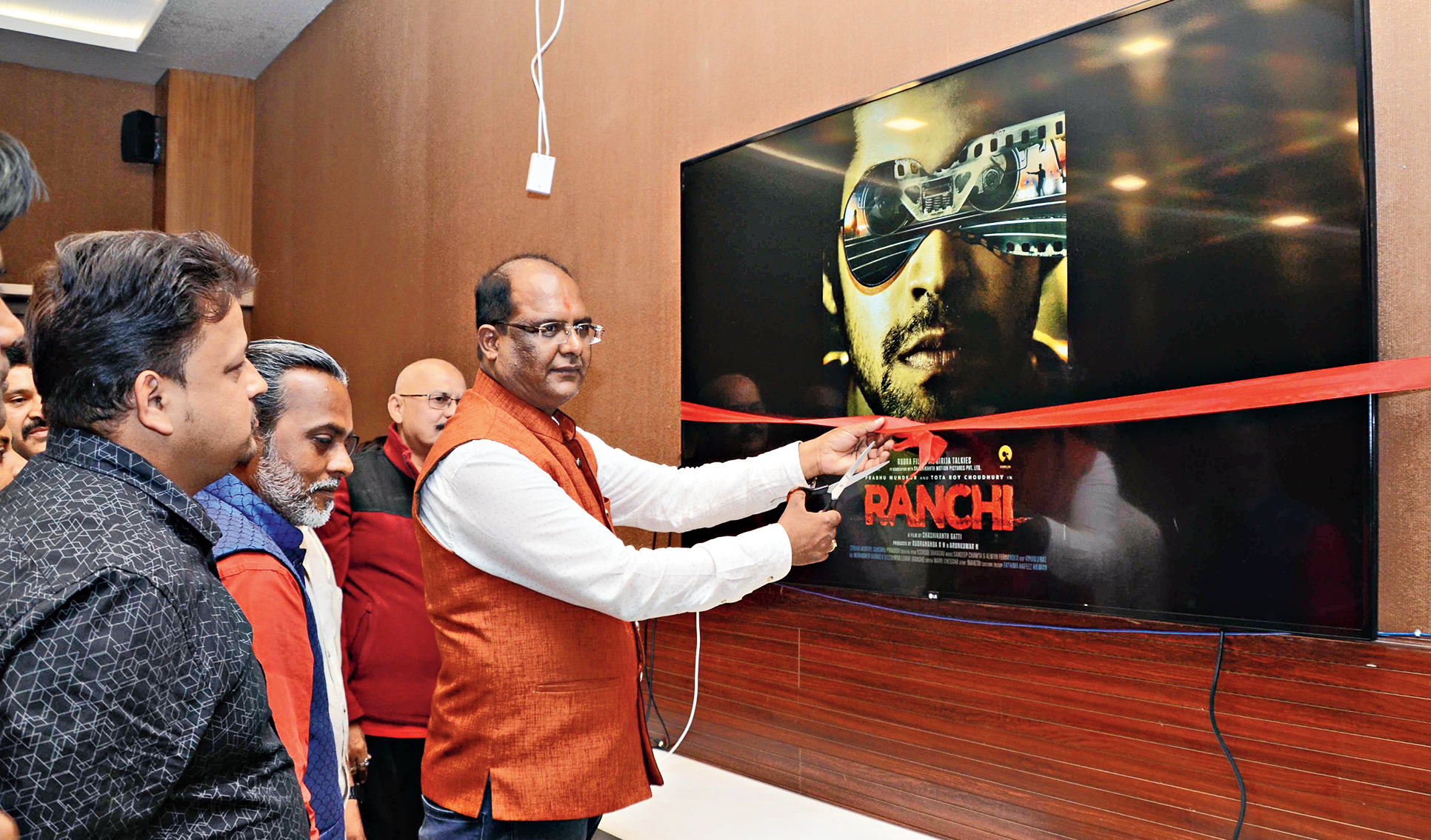 A young south Indian film-maker gets a call from someone in Ranchi, purportedly for a documentary film, but when he lands here, he finds himself trapped by a criminal syndicate. He somehow frees himself and approaches the police chief who gets into the case. What follows is a thrilling cat-and-mouse game.

This is loosely the plot of Ranchi, a Kannada film to be directed by Shashikanth Gatti, shooting for which starts in the capital on Monday after a muhurt on Sunday.

“My story is based on true events that occurred in 2009 in Ranchi, when late Pravin Kumar was the SSP,” Gatti told this paper. So, is the film-maker in the plot Gatti himself? “Wait and watch,” he said evasively. “I can’t spill all the beans even before shooting, can I?” he smiled.

He added that the role based on Pravin Kumar would be the focus of the film. “I was sad to learn he passed away a few months ago. Proactive police officers like him are an asset to the country,” Gatti said.

Well-known Bengali actor Tota Roy Chowdhury would play the police officer’s role, he added. “I was impressed with his work in a short film, Ahalya, and therefore decided to cast him.”

Other pivotal actors would be well-known actors from down south Prabhu Mundur, Sindhu Murthy and Sanjana Prakash. “Many Bhojpuri and Nagpuri film actors will add local flavour to the film,” Gatti said.

Sandeep Chowta and Alwyn Fernandes will do the music for the film to be produced by Rudra Films of Bangalore.

“The backdrop plays a very important part of the film which is why the film is named after the city,” he said. “The cinematic format will be different from the run-of-the-mill films. It’s an unusual story, I can promise you that,” he added.

Why did Gatti pick the subject? “I think people will find it interesting to watch how bizarre events happen to very normal characters. The purpose of the film is to let people know such things can actually happen so that no one else goes through the same experience as the film-maker in my story did. A responsible biker would always remove a stone on the road for other bikers, right?”

But would the audience be convinced that a film-maker responded to a call from strangers to make a documentary film? “Oh yes, a struggling film-maker always looks for opportunities. The story is interesting simply because of the events that occur after he says yes and lands up in Ranchi. But the real hero of the film is the police officer.”

Too bad that Pravin Kumar is not around to watch the onscreen tribute.