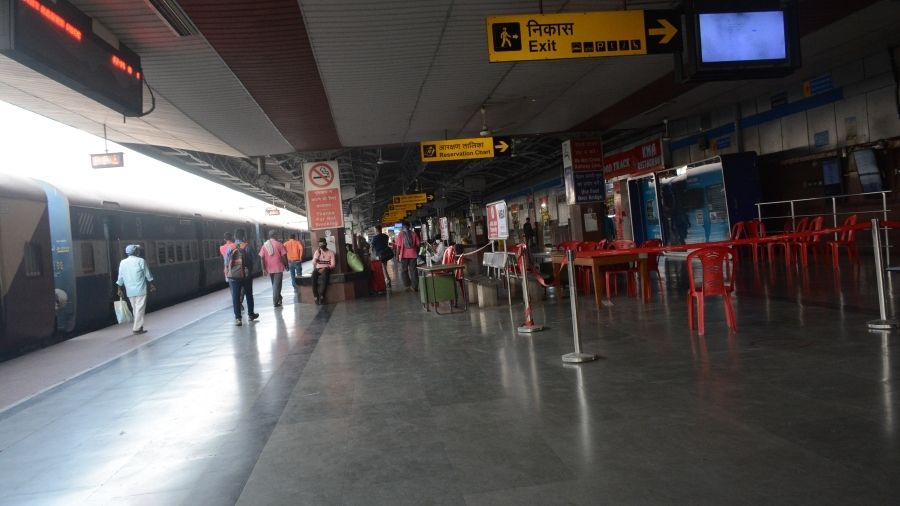 The South Eastern Railway (SER) on Wednesday introduced two festival special trains in the wake of incessant passenger rush for Chhath. The two trains will travel between Shalimar and Patna and Shalimar and LTT (Mumbai). Both the trains will traverse via Tatanagar railway station. Jharkhand will celebrate Chhath between November 8 and November 11.

The Shalimar-Patna Special ((08009) will run on November 3, 5 and 7 while the return is scheduled for November 4, 6 and 8. The train will leave Shalimar at 5.40 pm and reach Patna at 1.15 pm the next day. The Patna-Shalimar Special (08010) will depart from Patna at 3.15 pm and reach Shalimar at 9.10 am the following day. The train will have two AC 2-tier, two AC 3-tier, twelve sleeper class and three general second class coaches and halt at Santragachi, Kharagpur, Tatanagar, Purulia and Bokaro Steel City under the SER jurisdiction.

The second special train between Shalimar and LTT will run on November 3 and 7. The Shalimar-LTT Special (02156) will leave Shalimar at 3.35 pm and will reach LTT at 4.05 am on the third day (November 5 and 9). The return train, LTT- Shalimar (02155) will run on November 5 and 9. The train will leave LTT at 10 pm and will arrive at Shalimar at 11.35 pm on the third day (November 7 and November 11). The LTT- Shalimar special train will have one first AC, one AC 2-tier, fourteen AC 3-tier and four general second class coaches and will have stoppages at Santragachi, Kharagpur, Tatanagar, Chakradharpur, Rourkela and Jharsuguda.

The SER had earlier announced a festival special train between Durg and Patna that will leave Durg o­n November 7 while the return train will leave Patna  on November 8. The train will run via Ranchi and various other railway stations under SER's Ranchi railway division.