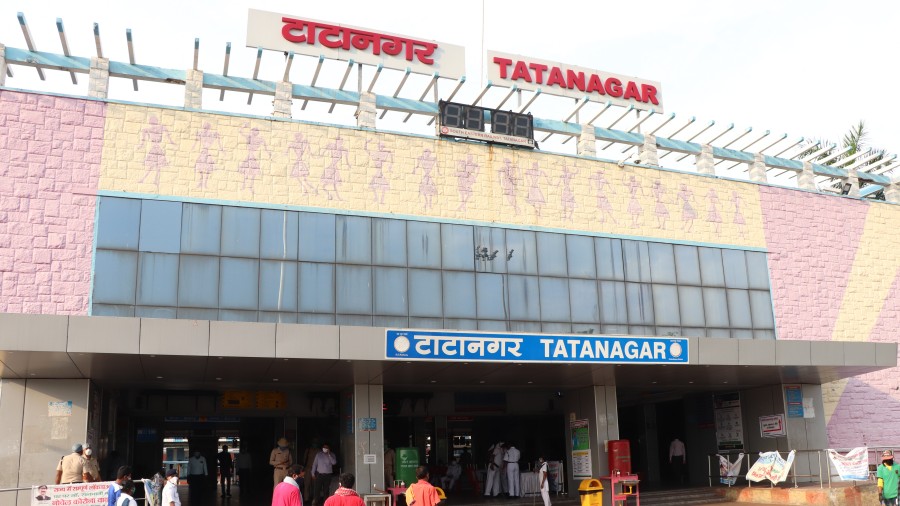 South Eastern Railway (SER) has decided to run several special trains to tackle the rush of passengers during the festive season.

Garden Reach, the headquarters of South Eastern Railway, on Thursday announced the 02829 Howrah-Tatanagar Special. The train will run between the two destinations daily between October 16 and November 30.

The special will run as per the timings and stoppages of the 12813/12814 Howrah-Tatanagar Steel Superfast Express.

Steel Superfast Express, the most popular train between Jamshedpur and Calcutta, stopped operation ever since the Covid-19-induced lockdown was enforced in March.

The chief public relations officer of South Eastern Railway, Sanjay Ghosh, said: “The special between Howrah and Tatanagar will benefit passengers immensely during the festive season. We are expecting good occupancy.”

There is also good news in store for those planning to travel to the south of the country.

The railways announced a weekly special between Tatanagar and Yeshwantpur (Bangalore).

The train (02889) from Tatanagar will run on Fridays between October 23 and November 27.

In the other direction, the Yeshwantpur-Tatanagar Weekly Special (02890) will run every Monday from October 26 to November 30. The special will run as per the timings and stoppages of 12889/12890 Tatanagar-Yeshwantpur Express which too stopped operation in March due to the lockdown.

SER also announced a special between Howrah and Ranchi. The 02804 Howrah-Ranchi Special will start from Howrah at 10.10pm everyday between October 18 and December 1 and will reach Ranchi at 5.50pm, the next day.

In the other direction, the 02803 Ranchi-Howrah Special will leave Ranchi at 9.30pm everyday between October 17 and November 30 and will arrive at Howrah at 05.10pm the next day.

The special will have one first AC, two AC two-tier, four AC three-tier and 11 sleeper class coaches and will have stoppages at Kharagpur, Tatanagar and Muri.

Ranchi will also get a weekly special to Mumbai. The 02812 Hatia-Lokmanya Tilak Terminus (LTT) special will run between October 23 and November 27 every Friday. There will be six trips in all.

As per a schedule released by SER, the train will leave Hatia railway station on Friday at 9.40am. It will reach LTT the next day at 1.35pm.

The special with 22 coaches will leave Hatia railway station every Tuesday at 6.25pm. The train will reach its destination station -- Yeshwantpur -- the next day at 5pm.

The return train (02836) will leave Yeshwantpur every Friday from October 23 at 8.30am. It will reach Hatia railway station the next day at 7.05pm.

Except Sundays, the train will run on all the other days of the week between the two destinations -- Ranchi and Howrah.

SER on Thursday also announced the Santragachi-Pune Special (02817) every Saturday from October 24 to November 28. The train will travel via Tatanagar railway station.

In the return direction, the Pune-Santragachi special (02818) will leave every Monday between October 26 and November 30. The special train will run as per the timings and stoppages of Santragachi-Pune Express.