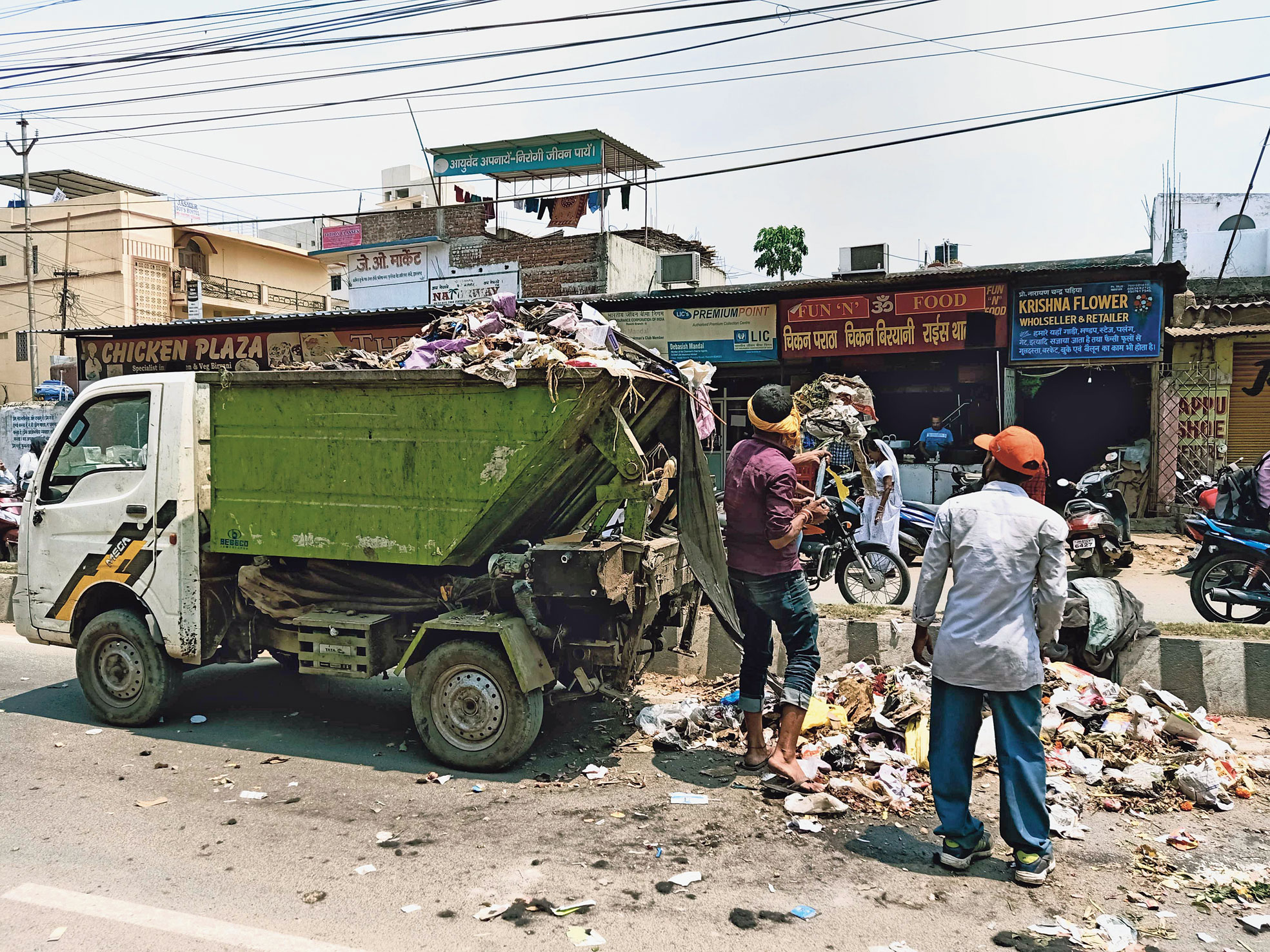 The civic body in the capital will be using RFID-tagged buckets for door-to-door garbage collection to ensure better monitoring of the process and to plug some of the shortcomings that include sanitation workers skipping homes during their rounds.

“At the moment door-to-door waste collection is not that effective. There are complaints that either our staff don’t visit all houses or that households do not deposit waste at the collection points. This prompted us to think about RFID-tagged buckets for household waste collection,” Ranchi Municipal Corporation (RMC) CEO Manoj Kumar said.

RFID stands for “radio-frequency identification” and refers to a technology whereby digital data encoded in RFID tags, or smart labels, are captured by a reader via radio waves. RFID is similar to barcoding in that data from a tag or label are captured by a device that stores the data in a database.

But according to American Barcode and RFID (AB&R), a firm with expertise in the technology, one of the more significant advantages of RFID over barcoding is that RFID tag data can be read outside the line-of-sight, whereas barcodes must be aligned with an optical scanner.

“At the moment there is no monitoring to see whether the staff visit each and every lane in a locality. With the introduction of RFID-tagged bins we will be able to monitor when the bins are being filled and at what time they are emptied. This would give us an idea about the visit of our staff and also enable segregation of waste at source as there will be two differently coloured bins for dry and wet waste,” Kumar explained.

RMC staff, he said, would scan the QR code with a reader, record the data, including quantum of collection, date and time of collection on a daily basis. These would be recorded at a command control centre.

RFID tags would also be installed on compactors and vehicles to alert staff when these are filled.

“The bins and vehicles can be emptied and cleaned immediately which will prevent garbage spilling on to roads as is often the case,” he added.

Kumar said RMC had asked Bangalore waste management consultant InfraEn to submit a detailed project report by July. “After that we will get the project sanctioned from the department and start the tender process,” he added.

RMC sources said that efforts were on to complete the tender process and issue a work order to a selected agency during the monsoon.

“We want to complete the tender process and issue a work order by October so that waste collection using RFID-tagged bins can start before implementation of the model code of conduct as Assembly elections are in due the state,” said a senior official who added that RMC would like to start the process in phases.

“It will not be feasible to purchase such a huge number of RFID-tagged buckets for Ranchi that has nearly 2.5 lakh households. Hence, we will start in phases, taking up a limited number of wards one by one,” he added.