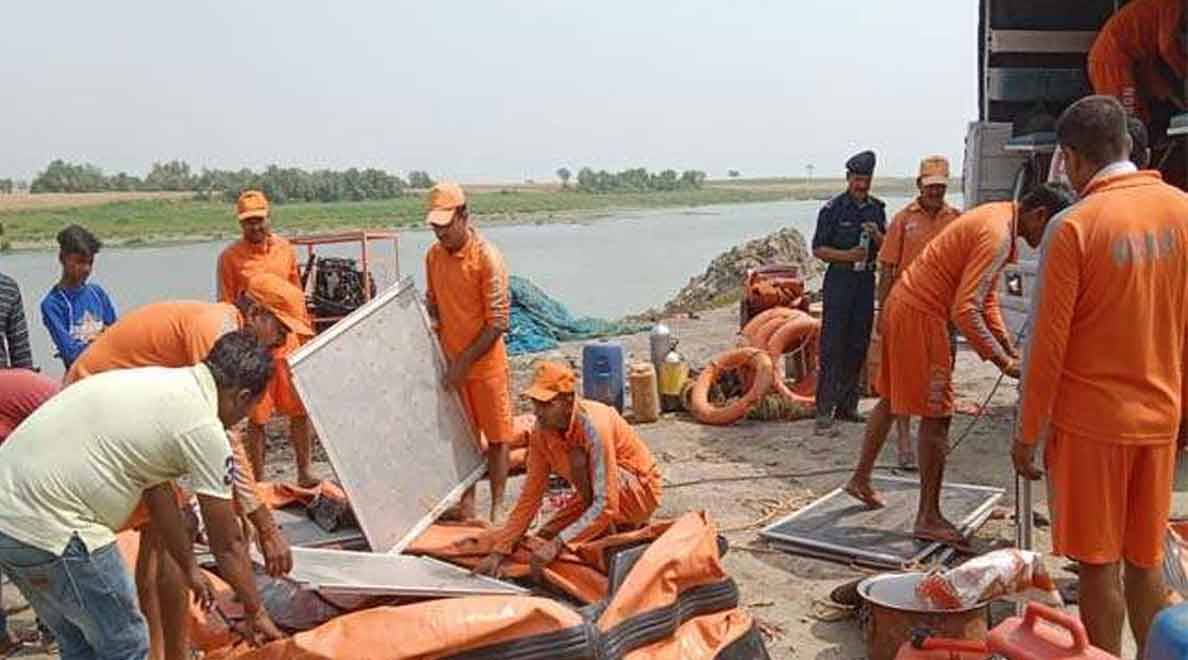 Six stone chips laden trucks on board a goods ship sank in Ganga on Thuirsday night between Sahibganj district of Jharkhand and Manihari area of Katihar district of Bihar. As of now three-four persons are missing due to the incident.

Talking to The Telegraph Online, Anuranjan Kispotta said , “The incident took place last night near the under construction bridge between Sahibganj and Manihari and six out of 15 trucks on board the ship are missing and three-four persons on board the ship are also missing. Breaking of the sidewall of the ship led to the accident." And he added that only six out of the 15 trucks fell into the river.

“Though the GPS location of the incident seems to be Bihar but we are further verifying the location and also finding out the details of the missing persons of the incident” said Kispotta and added the ship journey began during the evening itself from Sahibganj.

“Some of the persons on board the ship were rescued while three to four persons are still missing for which the rescue work is going on war footing” elaborated Kispotta.

Anant  Ojha, BJP MLA of Sahibganj while talking to The Telegraph Online said,” I have received information about the incident last night and took details of the incident and demanded full scale rescue work to find out the other missing persons."

Notably the largest number of stone mines and stone crushers of Jharkhand are situated in Sahibganj district of Jharkhand and more than one lakh are directly or indirectly engaged in stone mining activity .