Night shows suspended almost every day due to lack of viewers 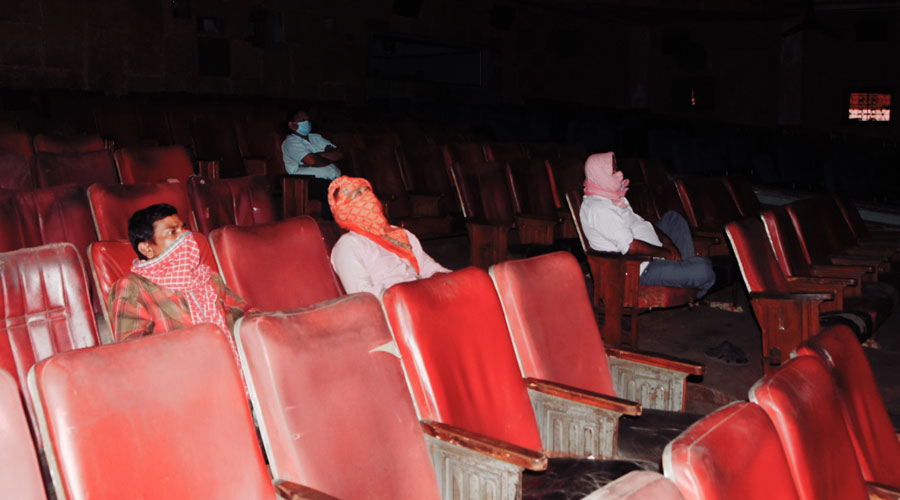 Single screen cinema halls are facing one of the worst crises due to almost negligible occupancy since their reopening on March 1.

Majority of the owners are now mulling closing their units as they are finding it difficult to manage the staff expense and other overhead expenses like electricity bills, diesel cost of generators, sanitization cost of halls etc.

Prashant Singh,owner of Puja Talkies cinema hall of Dhanbad, told The Telegraph Online:“The night shows have never run since March 5 when we reopened our movie hall and matinee and evening shows are also being frequently suspended due to lack a single visitors.”

“Even in other shows we are sometimes witnessing 1 to 2% occupancy and thus we repenting our decision to reopen the hall as with such income  we are not able to pay the salaries, pay GST, DMC holding tax etc,” said Singh.
“We have written to the government several times earlier but there is no response at all and it seems that we have been left to die without any care,” charged Singh.

Echoing similar sentiments, Nitesh Shahababi, owner of one of oldest single screen cinema hall of Dhanbad Ray Talkies said a combination of factors including decreased income of common people, onslaught of OTT platforms, stiff competition posed by multiplexes are the main reasons for worst ever scenario.

“Out of the capacity of 845 seats we are compelled to run shows with seven to eight viewers for majority of times since the last three weeks hoping that the cinema lovers will eventually return but all our expectations are belied every day,” said Shahbadi.

“Though, very blockbuster movies are coming but even in big movies like John Abraham starrer, Mumbai Saga which is presently being screened at our hall there is timid response,” said Shahbadi adding that due to latest trend of OTT Platforms the youth are preferring to watch most of the movies on their smart phones and thus there is no rush in the cinema halls.

“With no aid of tax holidays from the government in wake of Covid pandemic affecting our business in worst manner we will not be able to sustain for long and the single screen cinema industry will be completely ruined” said Shahbadi and added several states like Andhra Pradesh have provided loan of Rs 10 lakh to cinema halls to recover from the covid crisis after the reopening of hall their and also provided a moratorium on loan interest payment for six months.