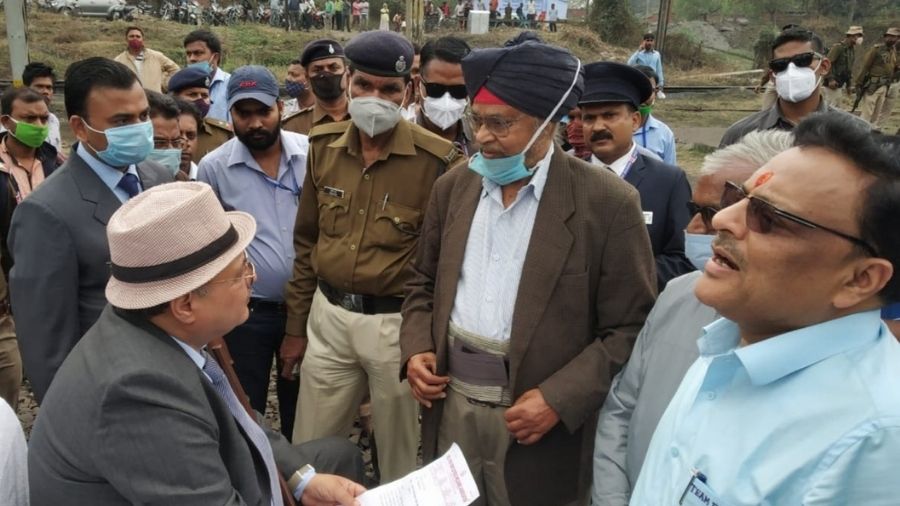 The Sindri-Dhanbad passenger train, lying suspended since March last year, will be restored soon, said General Manager of East Central Railway Lalit Chandra Trivedi on Wednesday during his trip to Dhanbad. The suspension of the train service has caused a lot of inconvenience to the residents of Sindri.

During his interaction with a group of retired employees of Sindri fertilizer factory some representative, while inspecting Patherdih Railway station of Dhanbad, he instructed them to send a letter regarding the matter to the railway board through Dhanbad MP PN Singh.

The group led by former public relation officer of Fertilizer Corporation of India also apprised Trivedi about the plight of the senior citizens of Sindri due to lack of other transport facilities.

Singh, after a meeting with the GM, said they had been told that the matter could be only handled by the Railway board. However, sending a letter through an MP could help.

DN Singh, another representative, said that the group will be meeting the MP soon, and would request him to write a letter to the railway board for restoration of the Dhanbad Sindri passenger train.

“We also apprised the GM about our previous meeting with the Additional Divisional Railway Manager of Dhanbad, Ashish Kumar Jha, held on the same grounds on December 16 during which he assured to forward our request to East Central Railway Hajipur. However, no action is in sight on ground as we are still compelled to carry out tiresome and costlier journeys on auto rickshaws to Dhanbad for minor work,” said another member of the delegation Uma Shankar Singh.